Usigongwe: All about the 'free' 50GB WhatsApp offers 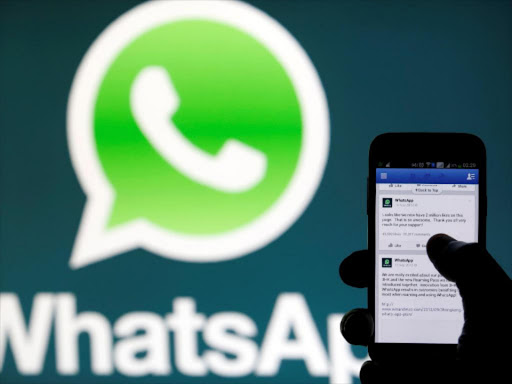 We offer you 50 GB free internet without WiFi! On the occasion of our 10th anniversary of WhatsApp company.

Those are the words used in the viral message that is claiming to be from WhatsApp company with an offer of free internet data to its users.

The message says that the users will be able to get the free internet data after successfully completing three questions.

However, the message has not appeared in some of the company’s social media accounts or websites informing the users about the offer.

However, users have also been asked to note that: If you do not complete this step correctly, you will not get your data.

The fact-checker has however noted that some people fall into the trap, claiming to have gotten fewer data from the 50GB quoted in the alleged promo.

“I am disappointed, I got 25GB only!... Guys, it's real but follow instructions if you make a single mistake, you get less data…How now, I've got 25GB of data just now. Why do others win more?”

Also, there are some confusions in the message, where the source writes the name of the company in capital letters, and small letters.

“After considering your answers, you have won 50GB internet for free! Share with 5 groups or 20 friends via WHATSAPP. click on "Continue". You will receive 50GB of Internet in an instant.”

However, users have also been asked to note that: If you do not complete this step correctly, you will not get your data.

Well, the promotion ceases to be free with such conditions which to some users might be unattainable.

In the case, the preacher denied obtaining from businessman Wickson Mwathe  Sh3.6 million at his church office in Nairobi county six years ago.
Exclusives
1 month ago

We contacted Instagram to ask why his account was still open. The social media platform told the BBC that it had carried out an investigation into ...
Crime
2 months ago