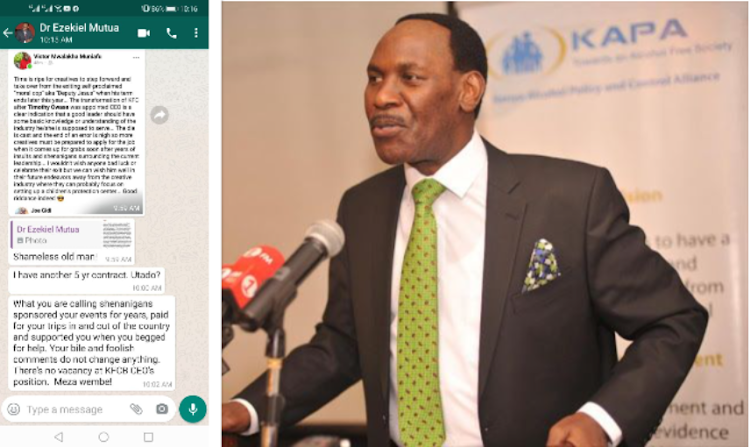 After many clashes with industry players from TV, film, online content creators and the music industry, their wishes to have an end to the reign of Kenya Classification Boss, Ezekiel Mutua has now materialised.

This is if a rant by senator Mutua Kilonzo is to be believed.

Last night, the Makueni senator took to his Twitter and ranted, "Ezekiel Mutua unlawfully removed by CS Mucheru as CEO after being lawfully appointed by the Board. Laws are mere suggestions for this administration."

Well a few minutes before the clock struck midnight, Ezekiel Mutua responded to the claims denying that he has been fired. 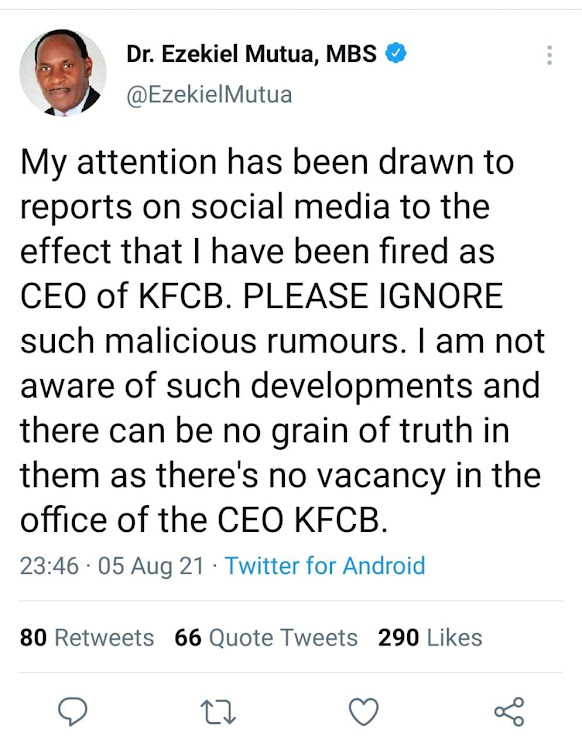 Mid last month, Ezekiel and comedian Eric Omondi clashed. This is after the KFCB boss called Eric a broke clout chaser after he offered to step up and pay Ksh 200,00 to Bahati to boost his album launch.

Read his online rant below. 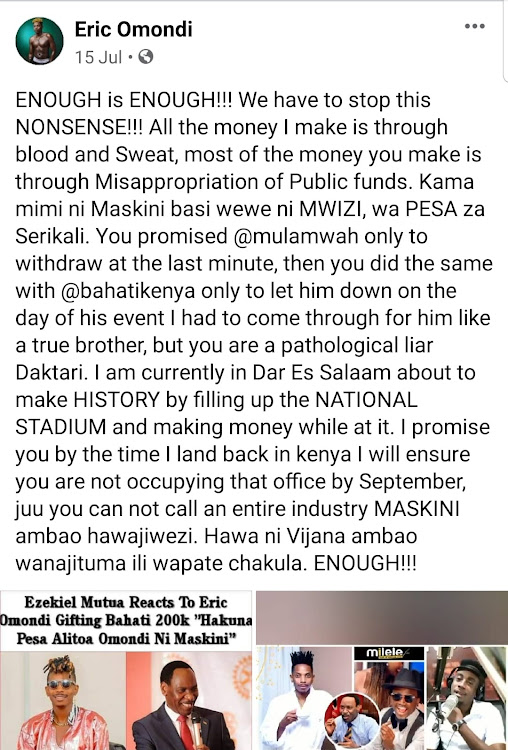 Ezekiel Mutua's leaked text read, 'Your bile and foolish comments do not change anything. There's no vacancy at KFCB CEO's position. Meza wembe!'
Politics
1 year ago

Kenyans on Twitter took the oportunity to speak their mind on what they think of this alleged firing that Senator Mutula was ranting about.

Senator as a senior official of Wiper Party, (a junior partner of the ruling party, JUBILEE), why don't you first exhaust the "internal remedy rule" before you bring the complaint to the Kenyan public for sympathy and support? @governorkibwana

He's going to benefit from being fired... I hear he gets a haircut every day. Now he'll have time for even two haircuts per day. Bliss

Power will come and go. Ezekiel was one of the most arrogant leaders that we've in Kenya. Musicians are happy, Kenyans are happy. Lesson, when in power, treat people well because nobody knows about tomorrow

Deputy Jesus has been mistreating artists left, right and center. Bon voyage to him!

Over Ksh 10k missing from Embu brothers who died after arrest

The University students were running a pork business, and on the fateful day they had more than Ksh 10,000 profit with them.
Crime
1 year ago