Once the body arrives in Kenya it will be transferred to Lugalo mortuary awaiting a burial date to be set.

• The deaths were announced by Tanzania's prime minister Kassim Majaliwa  on Sunday.

• Multiple sources reported that the deaths may have occurred as a result of the plane being submerged in the water. 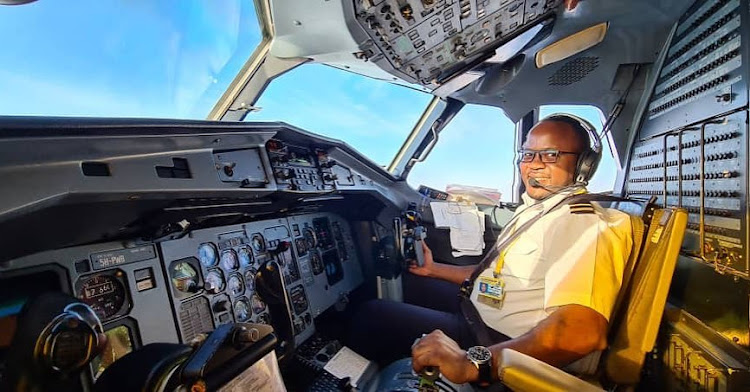 The body of Pete Omondi, a Kenyan who was co-piloting the ill-fated Tanzanian Precision Air plane will be flown in.

Omondi's body will arrive in Dar Es Salaam today before being moved to Kenya after the national ceremony for the 19 plane crash victims is held.

Once the body arrives in Kenya, it will be transferred to Lugalo mortuary awaiting a burial date to be set.

Kassim also said the government will be working with all the agencies to establish the cause of the accident.

Multiple sources reported that the deaths may have occurred as a result of the plane being submerged in the water.

The airline has, however, remained noncommittal on stating the fact, only holding that it was yet to confirm the number of fatalities.

“Precision Air sincerely understands the anxiety for confirmed information and will therefore do its best to issue more details upon confirmation from our rescue team and authority,” the statement read.

In its periodic updates, the company said 26 passengers aboard the plane had been rescued and rushed to hospital.

It also said that there were no deaths reported so far with the rescue mission for the missing passengers ongoing.

“We regret to announce that Precision Air flight no PW494 operated with ATR42 (PWF) with 39 passengers on board (38 adults and one infant) and four crew has been involved in an accident as it was approaching Bukoba Airport,” the statement read.

The airline said the plane was flying from Dar es Salaam and was destined for Bukoba Airport.

They said an investigation team consisting of its technical staff and the Tanzanian civil aviation authority has joined in the rescue operations.

The cause of the crash as reported by TBC was due to heavy rainfall and strong wind as it attempted to land at Bukoba airport. The plane crash-landed into Lake Victoria.

Precision Air is Tanzania's largest private airline operating domestic and regional flights having been founded in 1993.

The ill-fated plane is said to have been 12 years old.

There have been at least 19 fatalities associated with the Tanzanian jet that  crash-landed into Lake Victoria.
News
4 weeks ago

A viral video doing the rounds online shows a Precision Air airplane that has crash-landed in Lake Victoria.
News
4 weeks ago
WATCH: For the latest videos on entertainment stories