Wahu reveals deep fear she had getting pregnant at 40

She welcomed her third child two weeks ago

• Wahu was afraid to speak about her baby before she came 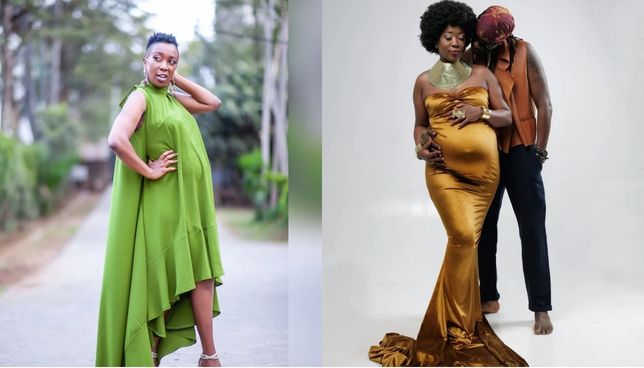 Namelless and Wahu during their Maternity shoot.
Image: Intagram

Talented musician Wahu Kagwi is enjoying motherhood for the third time, something that she is very grateful about.

The couple unveiled the pregnancy when she was approaching her third trimester with a cute dance jamming to one of their songs called 'Deep'.

After that, the couple walked the remaining journey with their fans until she received their bundle of joy.

Speaking to Mpasho's writer Elizabeth Ngigi, Wahu said she was very anxious about her third pregnancy, a reason she avoided media interviews.

"Most people wanted to talk about the pregnancy but I just needed to get to the other side first and give birth," she said.

"I was concerned about my health and that is one of the reasons I did not want to do interviews as well. I am human and I was concerned what if something goes wrong. I had my concerns since I had read about different things they say about getting a child at 40." 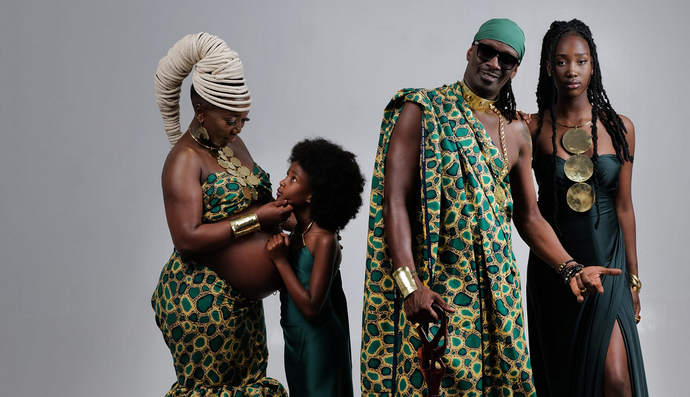 A pregnant Wahu and Nameless with their 3 kids.
Image: Instagram

Some of her worries were having high blood pressure, diabetes according to what she was told.

Wahu described her third pregnancy as very smooth adding that she worked out very much and that made the journey even easier.

"I was concerned about myself and the health of the baby. I made sure I was active and had all medical checkups for the baby," she said.

"I did a lot of checkups and I started working out during pregnancy to make sure I was fit. I didn't get the High blood pressure or any worrying issues and the pregnancy was very smooth. I had so much anxiety but the pregnancy was smooth."

Wahu welcomed her third baby girl two weeks ago.Nameless was the one who announced the good news to his fans on his Facebook page saying both the mum and their daughter are doing okay.

He then shared a cute video of him bonding with his daughter showing her face. Nameless also revealed that his third born child is called Shiru and has been named after his eldest sister.

The couple is yet to give their daughter an African name just like his two other daughters, Nyakio and Tumiso.

Musician Nameless under pressure to get a baby boy, he responds

Singer Nameless has been forced to address fans who are pressuring him to get a baby boy after he welcomed a baby girl a few days ago.
Entertainment
1 month ago

Wahu's mum meets her grandchild for the first time (Video)

Wahu welcomed her third child recently, and the excited mum has been dishing tidbits of the moments leading to the delivery of their third born.
Entertainment
1 month ago
WATCH: For the latest videos on entertainment stories

Wahu speaks on whether she would ever want a son