The comedian is one of the entertainers performing at the inauguration

• Chipukeezy and the president-elect are on very good terms.

• The entertainer said that he would have a role in Ruto's government. 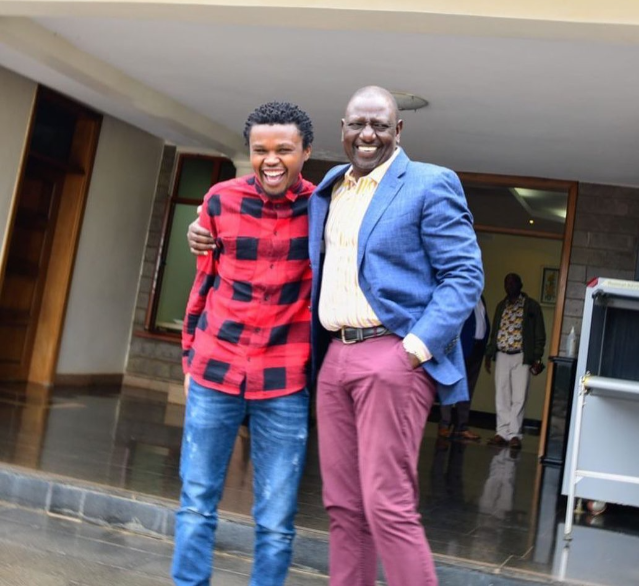 Chipukeezy with William Ruto The comedian will be an MC during the inauguration tomorrow
Image: Instagram

Vincent Mwasia Mutua aka Chipukeezy has opened up on his plans as far as comedy and working for incoming president William Ruto goes.

In an interview with Mpasho, the former Kiss100 presenter explained that he was ready to serve, but didn't specify a particular position he would be interested in.

"For now what is important is not the position but championing matters youth, the creative economy, artists trying to make sure that these things we have been fighting for.

"You know we can run for the positions and not have an impact. We can have a voice and champion for this in this government, like alcohol. I don't have to be in Nacada to champion for reform."

"It's a sign for us young people that as the youth we are waking up. We are the leaders of tomorrow and that starts today."

The comedian also revealed his role at the inauguration tomorrow saying that he would be helping to MC at the scene handling the entertainment bit.

"The other mc's will handle the inauguration and military stuff," he noted.

The comedian didn't want to answer the question of whether he would be paid for performing at the event saying that he wasn't thinking about the money. 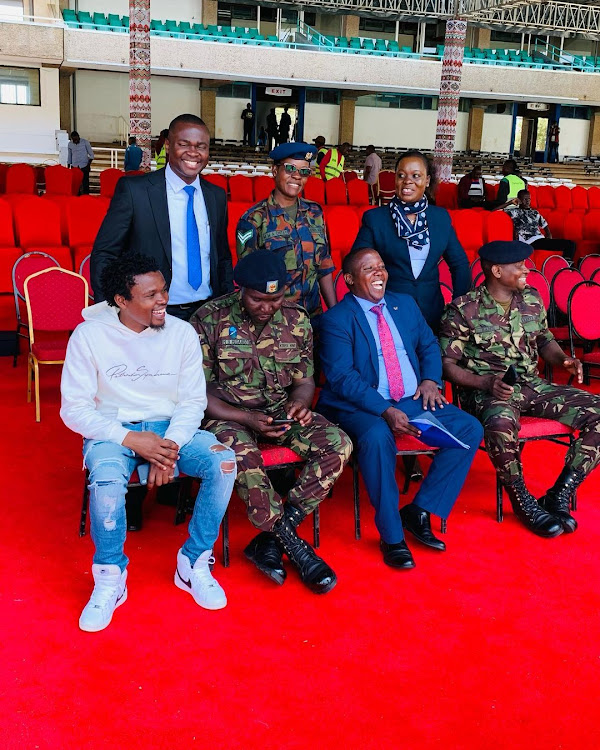 Chipukeezy with other officials at the inauguration preparations The comedian will be an MC at William Ruto's swearing-in
Image: Instagram

But he eventually gave us some nuggets saying that what he was being paid was commensurate with his talent and skill.

"In this new government, my niche will be entertainment. When entertainers come I just want to coordinate them for the boss moving forward. That's the role I will be playing."

That led to the question of what the musician would do after the inauguration. Would he go back to tour in the US as he had done before?

"The reason we go abroad is to expand the industry. We go as individuals but now I have the opportunity to get support from the government," he stated.

However, he added that he would be going back and forth but that 'everybody was coming back to Africa so there is no need to go entirely.

The biggest takeaway from his tour of the USA?

"If the government can put structures that work, entertainment is a billion-dollar industry. We just need a system that works," he concluded.

Kartello and Chipukeezy had not been seen in public for over a year.
Entertainment
8 months ago
WATCH: For the latest videos on entertainment stories