Women followed me instead of Christ-Ringtone

• A day after self proclaimed Chairman of the gospel industry, Ringtone Apoko called it quits, he now claims his decision was influenced by women!

• Ringtone claimed most women chose to bypass the lord Jesus he preaches, and follow him instead something that made it hard for him to focus. 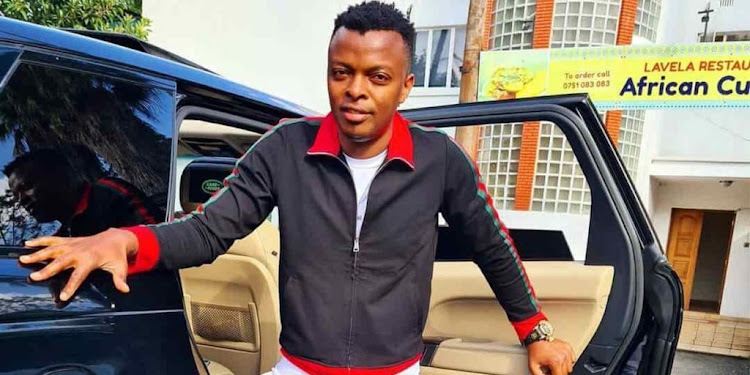 A day after self-proclaimed Chairman of the gospel industry, Ringtone Apoko called it quits, he now claims his decision was influenced by women!

Yes, he says most women chose to bypass the Lord Jesus he preaches, and follow him instead something that made it hard for him to focus.

Speaking to this writer, Ringtone said, "I quit gospel music because instead of women following the Christ that I preach they end up loving me. That's why I am taking a short break so that these women would focus on Jesus and leave me alone."

On Tuesday, Ringtone announced that he was resorting to singing love songs. The Pamela hitmaker now says his decision was well received by his colleagues because 'they always saw me as a threat.'

"Most of them are very happy because they always viewed me as a threat," Ringtone said. Adding, You know most of them thought I was the reason they weren't succeeding."

Ringtone called out those who claim he is decamping to secular music because of the lure of money, saying he is rich enough to fund the entire industry.

But what is his net worth?

"By now my net worth is Ksh 1 Billion, earnings I made through doing Gospel songs and by using my brains. The bible says in James 'If anyone of you lacks wisdom, let him ask of the Lord who gives without reproach," Ringtone said.

When announcing his decision to quit Gospel music, he thanked his fans for always standing by him since the first time he broke into the scene.

He called on the artists who are already in the secular industry to embrace him and not take it as a competition.

"Sasa imefika mwisho nimeamua nianze kuimba ma love songs. (It has come to an end and I have decided that I will be singing love songs. To all artists in the secular industry, don't take it as a completion just welcome me with an open heart so that we can take the industry to the next level. Bye bye gospel industry.)

Ringtone gets emotional in court over assault by Alai

Alex Apoko a.k.a Ringtone insisted that the law must be respected because being a public figure, he was humiliated by Alai in public.
Exclusives
1 month ago

Ringtone gets emotional in court