• Sarah Kabu who was speaking during Akothee's Book and EP launch said the reason she supports madam boss is that she has proved that even single people can amount to greatness.

• Sarah asked people not to judge Akothee on what she does on social media. 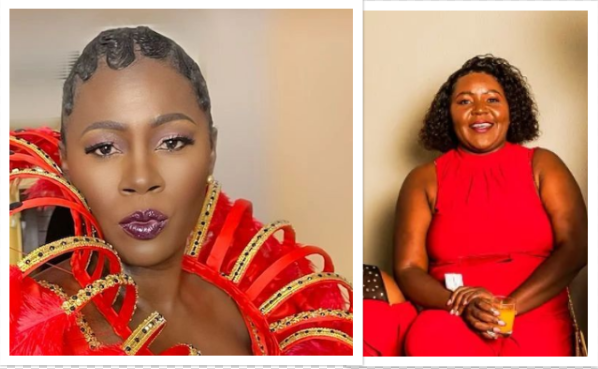 Bonfire CEO Sarah Kabu has advised women to embrace life as it comes.

Sarah told Mpasho.co.ke during Akothee's Book and EP launch that the reason she supports madam boss is that she has proved that even single people can amount to greatness.

Sarah said that Akothee despite being a single mum, is full of wisdom.

"But I love Akothee and she is my biggest fan coz when I compare her to many of the single women or single mothers I find her at the top. I don't know the trick."

Sarah said that having interacted with Akothee has made her realize that she is full of wisdom.

She asked people not to judge Akothee on what she does on social media.

"When we see her twerking online, just know that she is doing that to just entertain us."

"She is full of wisdom and I pray that God will bless her and give her more knowledge so that she can continue inspiring women."

Unlike slayqueens, Sarah said Akothee has taught women to work for their money.

"When you talk to many women, they are just thinking how they can mil money from men and by doing stupid things. We see her cars and her emperor. A lot of them are still where she was when she was starting off."

Those who attended the event described her as an icon in the industry.

Akothee's mum, Monica Owino, talked about the importance of a united family.

Eloquent lawyer PLO Lumumba described Akothee as unique and a pride of Africa, who does not apologise for being herself.

Akothee's baby daddy Jared said he was there to support a gem.

"We have had our ups and downs but we have cemented those downs and now we are rising," he said.

#sarahkabu BOLD And TRUE | Radio Africa's fastest and most exciting hub of Lifestyle and entertainment news.

'Akothee thinks her dad is dying,' - Reveals her mum

This is a big achivement for Akothee as she dropped out of school afte getting her first child at 14 years.
Exclusives
4 weeks ago

Sarah Kabu- "She could be my husband's daughter but we have no relationship. She is a total stranger and her undressing my children, was scarily."
Exclusives
4 weeks ago

Akothee to tell her story in a book

‘Akothee Quotes’ will be launched officially on June 4th, 2020 at Eka Hotel.
Entertainment
1 month ago
WATCH: For the latest videos on entertainment stories