• Simpleboy exposed his former management for the role they played in the failed collabo.

• Stivo's efforts to get hold of Harmonize were quashed by drama that ensued at Captain's Lounge. 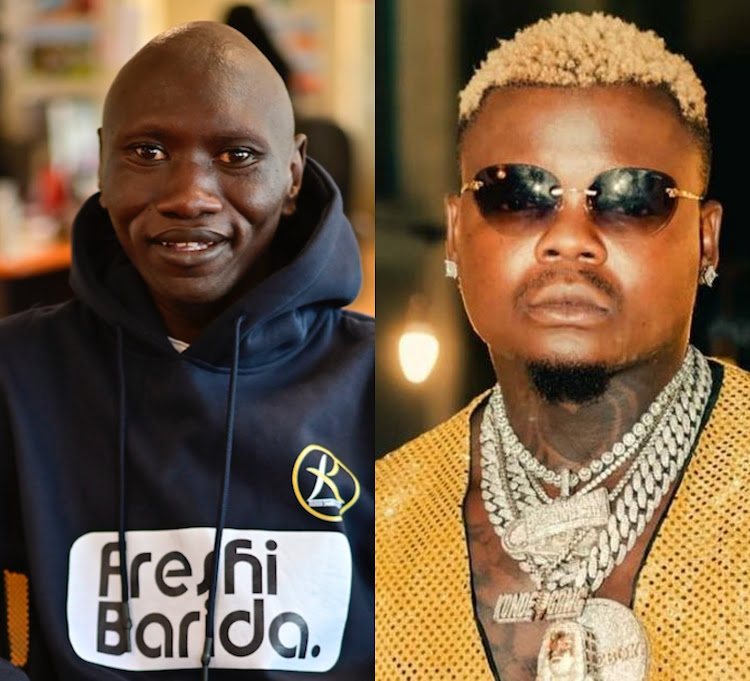 Stivo simpleboy reveals that Harmonize had reached out for him for a collaboraton
Image: courtesy

A while back when Stivo SimpleBoy became an internet sensation for his 'Inauma but itabidi uzoe' phrase, one superstar, Harmonize, wanted to feature him on his song.

However, when Harmonize reached out to Simpleboy for a chance to work together his previous management blocked the once in a lifetime opportunity.

Stivo wasn't too impressed by that and he claimed the Konde Boy music worldwide CEO didn't seek permission to use his phrase in his song.

In an Instagram post, Stivo and Byzzo claimed they had been receiving complaints from their fans that Harmonize had stolen his popular phrase.

“My fans have been calling Byzzo and I and sending us messages saying that Harmonize had stolen contents from our song,” Simple Boy said.

In an Instagram post, Stivo Simple boy and Byzzo claimed their fans had been complaining that Harmonize had stolen contents of their song.

Speaking in an interview with Kalondu Musyimi, Simpleboy exposed his former management for the role they played in the failed collabo.

Harmonize had asked me for a collaboration a while back but my former management team shut him down. That is how Harmonize lost touch and we never got to speak.

He says to make up for what had happened, he went to the Captain's Lounge where Harmonize was set to perform during his Kenyan visit.

"That is when Eric Omondi called me and despite me not having any plans to perform, my fans demanded a performance. I brought the house down shocking Harmonize in the process," narrated Stivo.

However, Stivo says the drama that ensued when Harmonize's refused to perform made things hard for him to have a chat with the Bongo star.

Simple Boy says Vishy is 'Mali safi but not my type!'
Entertainment
1 month ago