•Stivo revealed he intends to have at least 50 kids with his next woman.

• This comes weeks after he was dumped like a hot potato by his ex-lover Pritty Vishy. 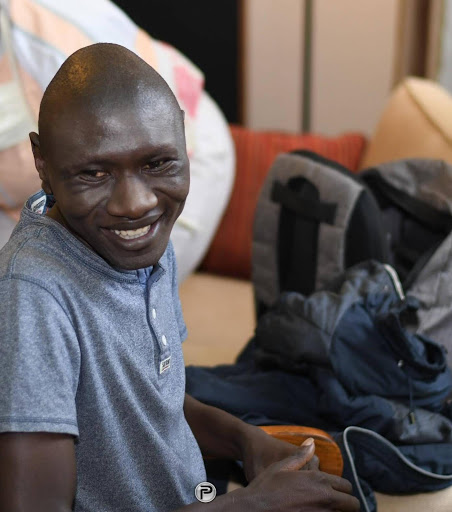 Stivo Simple Boy doesn't beat around the bush whenever he is putting a point across and would rather receive backlash than not speak his mind.

In an interview with Kalondu Musyimi, the 'Freshi barida' star revealed that he intends to have at least 50 kids, get this, with one woman!

"You know God brought us into this world so we can multiply and fill the earth so maybe I would fancy having 50 children," said Stivo leaving a gobsmacked Kalondu speechless.

Stivo says he believes in one man one woman kind of a setting and hence why he wants to procreate with just one. He stated that his intentions are not to harm his lady and that he would just be following God's decree.

"God himself said Gold and silver belong to Him so there is no need to worry," he said.

This comes just weeks after Stivo was dumped like a hot potato by his ex-lover Pritty Vishy.

The Kibera based musician opened the lid on what led to their separation and listed infidelity, hard hardheadedness and bad manners as factors behind their break up.

He says the next woman that he plans to settle down with doesn't need to have all the beauty in the world but someone who is loyal to her freshi barida man.

“I am not looking for beauty or makeup I go for a humble woman with good character and a loyal one. I am ready to settle but with the right person,” said Stivo.

Stivo is planning to hold a mega 'freshi barida' concert as well as many major surprises for his fans.

"Freshi barida is a countrywide concert whose aim is to discover and promote budding talents and we'll announce when the time is right," added Stivo stating that lack of promoters and finances are things that kill upcoming talents.

Simple Boy says Vishy is 'Mali safi but not my type!'
Entertainment
4 months ago