•"When it comes to money and living large I am way ahead of him. Tell him to research me, the Kenyan currency is more powerful than the Tanzanian currency." - Ringtone 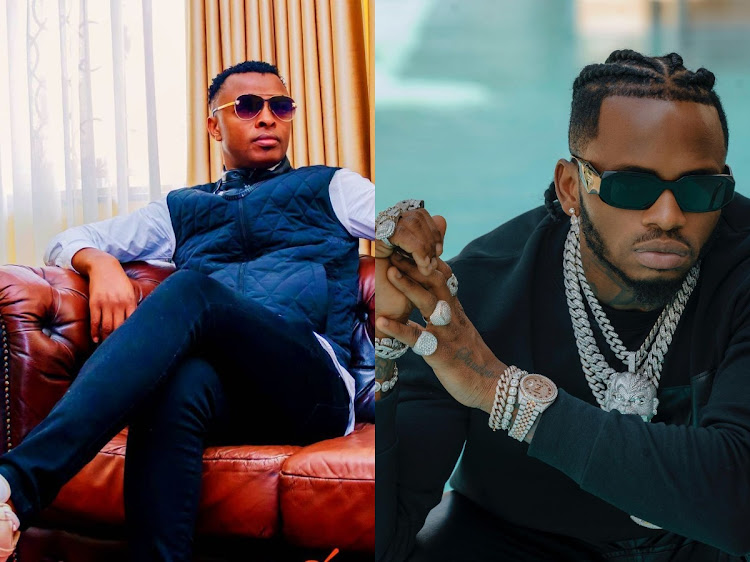 Ringtone has revealed that he is more wealthy than Tanzanian star, Diamond Platnumz. The controversial artiste says the only thing Diamond has is many followers.

Speaking exclusively to Mpasho he said;

"The only thing Diamond ananishinda ni followers na uchawi tu. When it comes to money and living large I am way ahead of him. Tell him to research me. The Kenyan currency is more powerful than the Tanzanian currency."

'You want to Bamba' singer sends shout out to Joho (Video)

'Ameno Amapiano' hitmaker Goya Menor is on his first tour of Kenya. Menor's song, which is commonly known for its phrase ' You want to Bamba, you ...
Exclusives
6 months ago

Asked on whether he has ever considered joining politics, Apoko responded;

Eric Omondi is more powerful because he has a much bigger voice, Sauti Sol nawapenda pia but I hate how they love marinating women. But the influence they have is very big compared to if they were in politics."

His advice to anyone who wants to join politics? "I cannot say whether I will vie or not but my advise would be your talent is more powerful than politics."

Would you vote for Ringtone if he was to vie for a political seat?

Anita regretted that she couldn't attend the peaceful march on Thursday morning.
Entertainment
6 months ago