'My pregnancy was unplanned,' Aggie the Dance Queen admits

•"I was not on any family planning method for over 8 years. We never had the thought of wanting a baby." -Aggie the Dance Queen 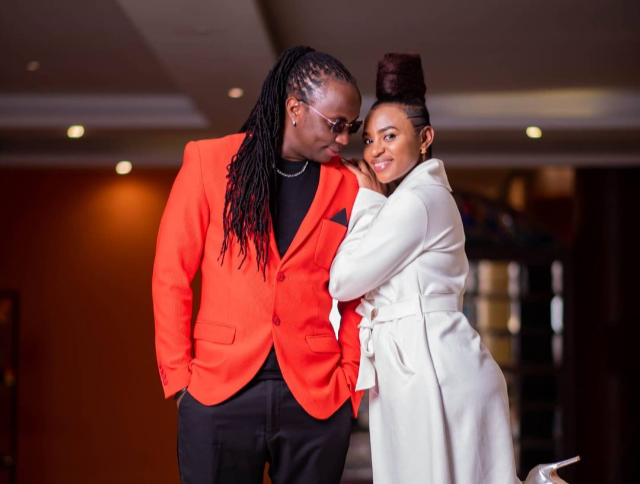 Aggie the Dancer and her boyfriend Oscar Mwaro
Image: Instagram

Speaking  exclusively to Mpasho, Aggie who is well-known for featuring on Sauti Sol's song, 'Short and Sweet' shared,

"This pregnancy was not planned for. I was not on any family planning method for over 8 years. We never had the thought of wanting a baby.

It took me like a month to find out I was pregnant because I would have achy b**bs. I called my sister and asked her about it."

Aggie says as much as she wanted a baby she did not want to overreact after the first test only to end up getting disappointed.

"I took the first test after one month and I did not want to be excited before I confirmed it again. After another week I went to a lab and the test turned positive.

At the time my man was not around so I had to wait for him so that I could share the exciting news. I have no morning sickness, no nausea, I have no cravings."

No man in Kenya has been my type!-Huddah mourns

Huddah Monroe has been back in the country for the past two weeks. The socialite has made sure every Tom Dick and Harry knows what she is
Entertainment
6 months ago

Asked how Aggie broke the news of the pregnancy to him, Oscar said;

"I was doing a project in Coast and when I came back we had argued about something so we were not in talking terms. After dinner, we went to bed and we were not talking, out of the blues she told me that she was pregnant and slept.

I was not shocked but I have for a long time wanted a baby. I was only shocked by how she broke the news to me. The way she gave me the news was not appropriate, I did not sleep the entire night.

I had to talk to her again in the morning to confirm the news, after that we forgave each other. I have always been pressured to sire a child as my other siblings have kids. I never used to tell Aggie everything if I knew something would hurt her I would filter it. So my family was excited about the news."