'Dad, how will you manage alone?' How DJ Evolve dealt with news of mum's death 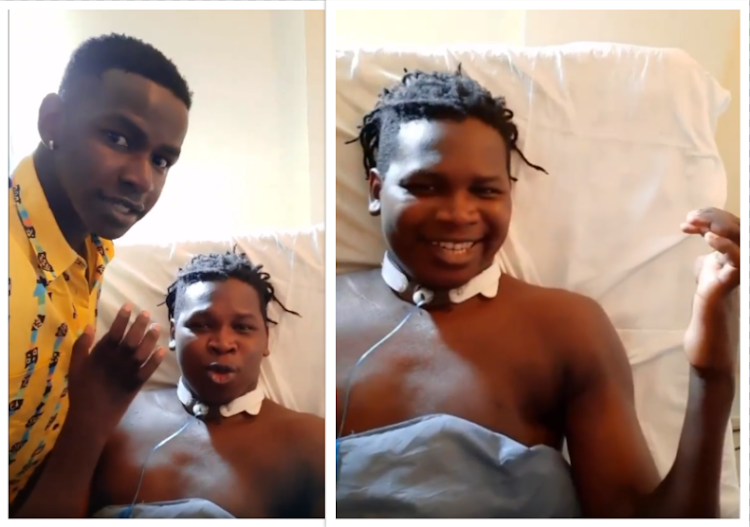 Ailing DJ Evolve found out about his mother's death in the most unexpected of ways.

Mary Hogo - Mama Evolve - collapsed at her workplace in Lucky Summer, three months ago, after developing breathing difficulties. She was rushed to Mama Lucy hospital where she was pronounced dead on arrival.

The autopsy results revealed that Mama Evolve died of swelling and rupture of the heart.

An abdominal aortic aneurysm (AAA) is a bulge or swelling in the aorta, the main blood vessel that runs from the heart down through the chest and tummy.

It can be dangerous if it is not spotted early on, and can get bigger over time and could burst (rupture), causing life-threatening bleeding.

A distraught Baba Evolve told Mpasho, that the news of his wife's death was broken to DJ Evolve in a wrong way. It left him stressed.

"The news was broken to him in the wrong way by his younger brother and Evolve was so stressed," Baba Evolve said.

He continued, "I had to go and spend some time with him. When he was okay, he asked me, 'Dad, how will you manage alone?' But I encouraged him by telling him that it was God's will."

Secrets from the grave: Mama Evolve's take on Babu Owino

Baba Evolve said, "This is not a personal decision but even before the death of my wife (Evolve's mum), we had agreed to forgive him..."
Exclusives
7 months ago