Secrets from the grave: Mama Evolve's take on Babu Owino 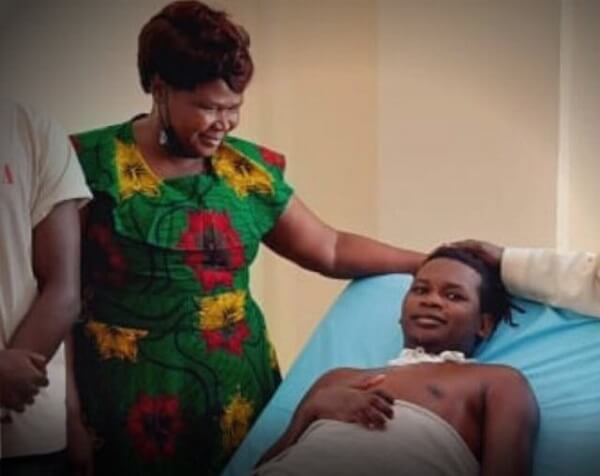 John Orinda, the father of DJ Evolve has opened up about the family's journey to forgive Embakasi MP Babu Owino for the alleged shooting incident.

Speaking to Mpasho, Baba Evolve says after his wife died, he realised that life is too short to hold grudges.

Mary Hogo - Mama Evolve - collapsed at her workplace in Lucky Summer three months ago, after developing breathing difficulties. She was rushed to Mama Lucy hospital where she was pronounced dead on arrival.

The autopsy results reveal that Mama Evolve died of swelling and rupture of the heart.

An abdominal aortic aneurysm (AAA) is a bulge or swelling in the aorta, the main blood vessel that runs from the heart down through the chest and tummy.

It can be dangerous if it is not spotted early on, and can get bigger over time and could burst (rupture), causing life-threatening bleeding.

It has now emerged that the decision to forgive Babu Owino was agreed on as a family.

Baba Evolve said, "This is not a personal decision but even before the death of my wife (Evolve's mum), we had agreed to forgive him. We discussed what he is gonna provide for my son, and he is okay."

He said his greatest wish is for his son to recover.

"Mistakes happen and being a Christian for the longest time, God teaches me that we should not end the day with anger. I forgave him a long time ago. Even if I died after that accident, God knows I would have been free."

He continued, "In the same way, I gave all my heart while forgiving him, but I cannot be in a position to know what he is thinking. If he is honest, only God knows and He is the planner of all things and He is also the judge.

I forgave him as a dad would do to his son. He has so far not let us down. I also do not want to die a sinner by not forgiving him."

She has been such a pillar of strength and inspiration to everyone during this journey, this is a big-hearted lady who loved Evolve so deeply and was ...
Exclusives
10 months ago