My hit song is owned by Bahati - David Wonder 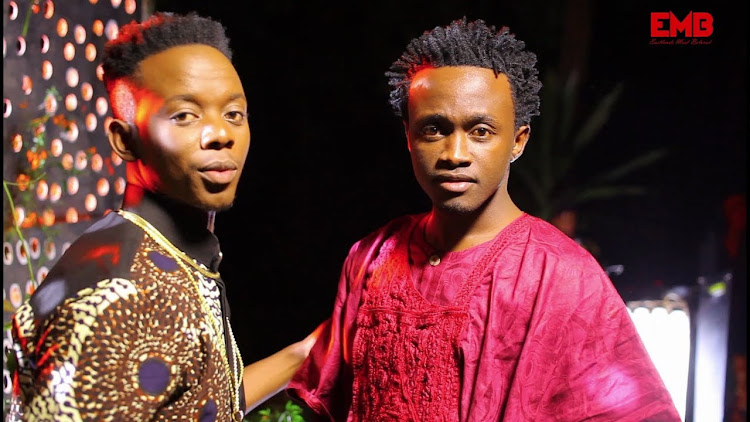 In a recent exclusive interview by Mpasho Live on Youtube, David wonder, a Kenyan gospel star spoke about his journey in music and why he has been missing in action.

The star who is famed for the hit, Ndogo Ndogo, said that he doesn't earn from the popular hit song that he featured Kevin Mbuvi Kioko, alias Bahati.

“All I can say is that the song belongs to the management. But If you call me to perform, I will gladly do it,” he added.

The musician broke off from EMB records and since then little has been heard of David Wonder’s music.

Speaking to Mpasho, he explained that his hiatus from the music scene doesn't mean that he is broke.

“I have never struggled. The people who are close to me can attest to this. Someone that is struggling lacks basic needs, which  I can say I have. To me, owning a car and living in a bungalow is a luxury,” he said.

“If me not owning cars and big houses is a struggle, then we could say I'm struggling and so are so many other Kenyans,” he continued.

He was asked he doesn't push his music, Wonder said, “It is true that I don't push my music as I used to. But I'm working on it.”

Wonder also opened up about battling depression in the past years

"I'd say it is the transition that put me down, but I overcame it.”

The singer also said that he had been working on a song called, One God, and that he is considering starting an album soon.

Atwoli warned the blogger that envy is a deadly sin.
Politics
3 weeks ago