DJ Mo on being jobless! How I make my money (Video) 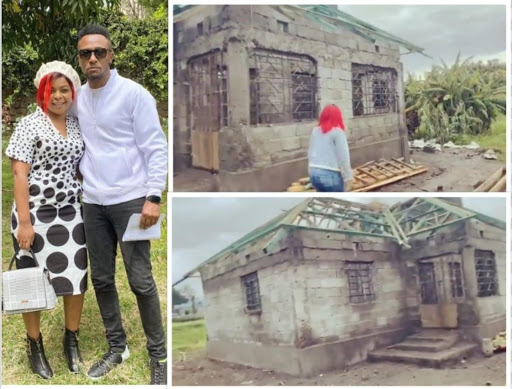 For over a year now, Sammy Muraya alias DJ Mo officially left NTV where he was a co-host at the Crossover 101 gospel show.

It was during a time when the talented DJ was trending following his alleged cheating scandal that broke the Internet.

Speaking toMpasho during Daddy Owen's 6th album launch on Saturday, the father of two said he was not fired.

"I am not jobless. In fact, I have money more than when I was on TV, how much do you think NTV was paying me?" he paused adding that he is working with more corporates right now than when he was on TV.

"I have changed my brand a bit and now I am doing entrepreneurship and am also doing some tenders and marketing strategies. If you think am jobless am not.

Actually, NTV was the least money I ever got. Also being jobless is how you define it. Being on TV doesn't mean you have money. It's just a platform like any other."

Life after a miscarriage: Size 8 opens up (Video)

"Yes, my baby succumbed to high blood pressure but haina noma. The baby left but God kept me alive because Wambo and Junior needed me and my destiny ...
Lifestyle
1 month ago

DJ Mo clarified that he was not fired on NTV but failed to renew his contract with them.

"It's just that I didn't renew my contract for my own reasons."

In a past interview, the father of two said proceeds from his entertainment gigs make up a small percentage of his total wealth. He said that being on the decks is his passion, but he loves business.

"I have always been a businessman. The music industry is my passion and whatever I get from it is very little. 80 per cent of whatever I have is from business," he said.

He further divulged that he rubs shoulders with politicians and often requests them for tenders.

"I deal with tenders. Whenever I meet with politicians, I request for tenders. This is because I love business."