Piece by: AFP By Ammu KANNAMPILLY 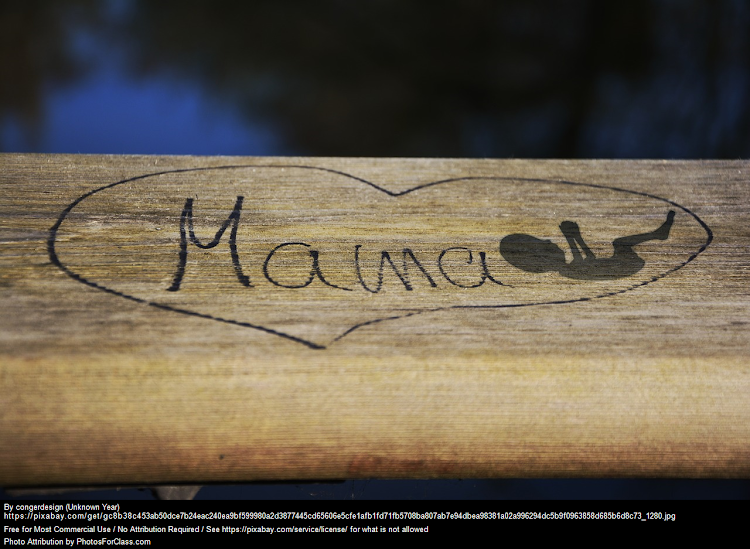 Mother and infant child drawn on a board
Image: PHOTOSFORCLASS

Victoria Atieno was waiting at a Nairobi bus stop when she felt blood gush from her body, the result of a secret, self-induced abortion -- a method used by thousands of Kenyan women, with potentially fatal consequences.

Kenya's constitution eased access to abortions in 2010 but entrenched stigma about the procedure means that many women resort to traditional practices or backstreet clinics which put their life in jeopardy.

Even a reproductive health counsellor like Atieno -- her mind blanketed with fear -- ended up gulping down a herbal concoction to induce an abortion in secret.

Hours later, as she experienced a public and hugely traumatic termination, she faced a flood of abuse from onlookers, living out the very nightmare she had tried to avoid.

"People will condemn you, criminalise you, try to chase you out of the community," the 35-year-old mother-of-three told AFP.

Many women will do anything to avoid that fate, from drinking bleach to using knitting needles or clothes hangers to end their pregnancies.

The results are horrific, ranging from ruptured uteruses, cervical tears and vaginal cuts to severe infections, bleeding and death.

Every week, 23 women die from botched abortions, according to a study by Kenya's health ministry in 2012 - the most recent available government data.

Campaigners say the real number is even higher.

A report released last year by the non-profit Center for Reproductive Rights (CRR) estimates that seven women and girls die every day in Kenya due to unsafe abortions.

In the Dandora slum in the eastern suburbs of Nairobi, where Atieno works with the Coalition of Grassroots Women Initiative, sanitation workers sometimes find abandoned foetuses in the neighbourhood's huge garbage dump.

Volunteers tasked with cleaning up the Nairobi River in 2019 retrieved 14 bodies from its trash-clogged waters, most of them babies.

Cultural and religious beliefs in the deeply Christian country have contributed towards creating a stigma so strong that even women who procure safe abortions believe they have committed a sin by doing so.

More than a year after Susan aborted a pregnancy resulting from a gang rape, the churchgoing mother-of-four still battles intense guilt.

"People see you as a murderer... it makes me feel like I did something very bad," the 36-year-old told AFP.

Kenya's constitution says abortions are illegal unless "in the opinion of a trained health professional, there is need for emergency treatment, or the life or health of the mother is in danger, or if permitted by any other written law".

The vaguely-worded document puts decision-making power wholly in the hands of health providers.

So when the health ministry stopped training abortion providers in 2013, access to such services took a hit, and women bore the brunt.

The ministry's move came a year after its own study warned that a "disproportionately high" number of women were dying in Kenya because of unsafe abortions.

"The ministry's decision was not based on scientific evidence, it was made against that evidence, evidence which was gathered by the ministry itself," Martin Onyango, CRR's senior legal adviser for Africa, told AFP.

Ministry officials declined interview requests, with a reproductive health expert in the ministry telling AFP: "We are not permitted to talk about abortion at all. That's the policy."

The ministry was pulled up by the Nairobi high court in 2019 for violating women's and girls' right to physical and mental health by halting training for legal abortion providers.

Yet little has changed on the ground since then, leaving the field open for unscrupulous backstreet clinics to exploit women's need for secrecy.

Ken Ojili Mele's niece died at 26 after a botched abortion.

Long opposed to abortion, the 48-year-old carpenter told AFP he was filled with regret after her untimely death en route to a hospital.

"Maybe she didn't want to tell me because she knew I would have been angry," he said.

"I wish she had shared it with me, I could have maybe helped her find a safer hospital."

On revealing her abortion experience Wandia explained, "You know, if people are going to judge me for that. That is their right to do so. I'm not ...
Entertainment
5 months ago

Abortions are extremely difficult to access at state hospitals. Some private health providers perform the procedure, for which the fee starts at around 3,000-4,000 Kenyan shillings ($27 / 23.5 euros). Pills are used to curtail shorter-term pregnancies.

For women who turn to these sources, fear of disapproval and shame can run deep. The silence lingers even in doctors' waiting rooms.

"In Kenya, it's not easy to say you want an abortion," said Samson Otiago, a doctor specialising in reproductive health.

Dozens of women visit his Nairobi clinic every month and most have to be coaxed into telling him about their intention to terminate a pregnancy.

Some start crying before they have even said a word, he told AFP.

Many can't afford to pay his fees, which start at 4,000 shillings ($36), so occasionally he offers his services for free or on credit.

"Once a woman has decided to do an abortion, she will do it whichever way she can.

"So we would rather do it (for less money) than expose her to quacks and see her again with complications," he said.

In Dandora, as rape survivor Seline awaited the results of a pregnancy test, she had little doubt about what to do next.

Barely surviving on a monthly wage of 5,000 shillings, the 38-year-old domestic worker told AFP she was determined to get an abortion if the test was positive.

"If the hospital refuses, I will do it the traditional way, with herbs," she said, her voice barely rising above a whisper.

"I am ready to do anything, as long as I don't have to have this baby."

You have all heard that song, Ndovu Kuu by Khaligrah Jones, Krispah and Boutrous, extolling the vices of university life.
Lifestyle
3 months ago

Mother and infant child drawn on a board
Image: PHOTOSFORCLASS