Family and friends of slain Philomena Njeri congregated in Kirinyaga county to pay their last respects.

Njeri was laid to rest on Tuesday, August 10, at her parents' home in Kianjege village in Kirinyaga county.

She was an only child to Margaret Wanjiru.

Njeri was killed by her husband Jonathan Mukundi who shot her 5 times. Their lifeless bodies were found in their bedroom, which had been locked from inside.

Mukundi turned the gun on himself killing himself with a single gunshot to the head.

They will be separated in death as Mukundi will be interred on Thursday, August 12, at his parent's home in Kanyoni village in Kiambu county.

Tears flowed freely at her funeral service. One of her friends who read her eulogy finished by saying, "For us who knew Njeri, if things are hard or it was easy, she would say, 'si ni life!' If Njeri was here she would have told you, 'Si ni life?!"

One of her godmothers who also paid a moving tribute added, " There is one thing I would like to say when I heard that Njeri is gone, I asked God, Do those people who die see one another? If they do, I know, and I believe Njeri and my daughter Mumbi are together and they are happy.

Even in this burial, there are so many things that are happening in common, exactly what we did at my daughter's burial is happening."

She added, "Njeri has been my friend and my daughter and a good sister to my daughter Mumbi who passed on 7 months ago.

And when she went, Njeri really supported me together with her friends. I was left with two kids, Njeri is the one who always called me to ask about the children and talking to them.

There are so many questions the kids had that I could not answer them, but when they talked to Njeri they were comfortable. It doesn't matter that Njeri is gone, I will continue with the good work she was doing."

Her schoolmates also performed a song for her.

Check out the photo from the funeral service. 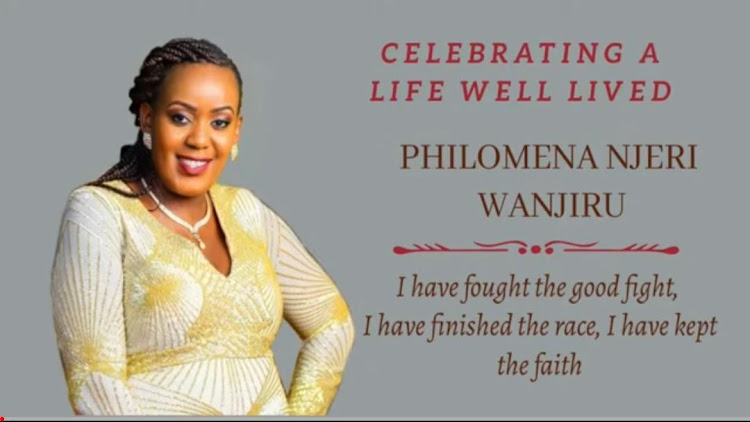 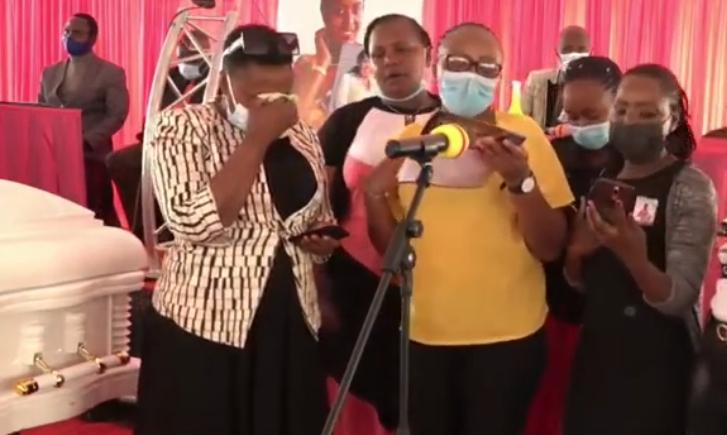 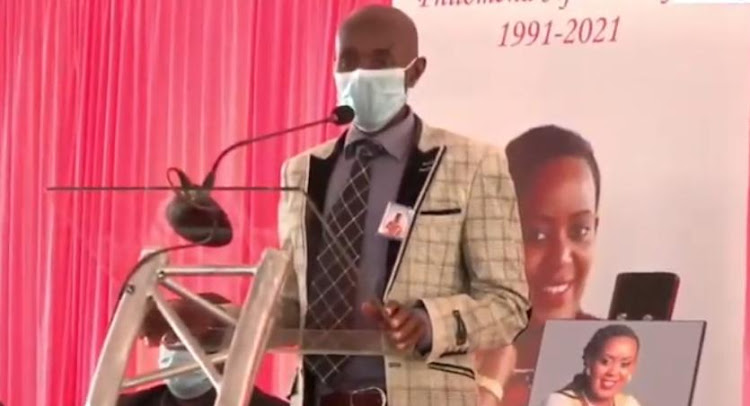 "Philomena Njeri told me told me her friend left a son behind, which leaves her mark behind, but if she (Njeri) died, she'd be buried and forgotten ...
Lifestyle
1 month ago