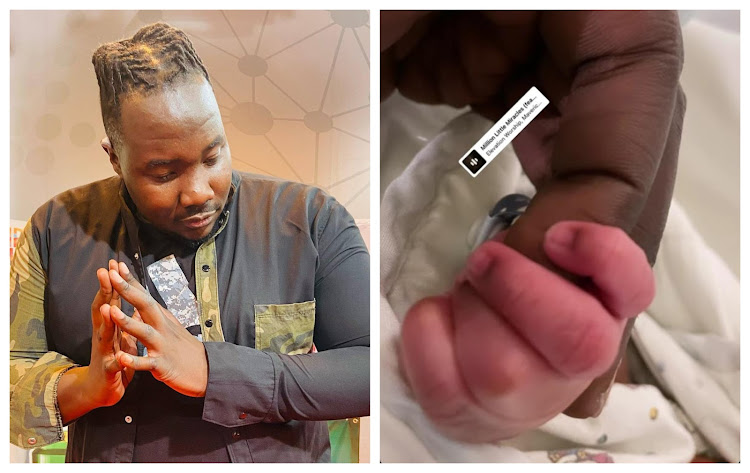 TV personality Willis Raburu regrets exposing his private life to the public. This is mostly with regards to his ex-wife Marya Prudence.

Speaking to Mpasho.co.ke, Raburu who recently welcomed his son with Ivy Namu, said he learnt to keep his life private.

"Fatherhood is amazing. It's absolutely amazing. I don't think that there is a feeling like this. I am excited but most importantly I just thank God because this is my second baby."

Willis and Ivy didn't want the information that they were expecting a child released to the public but someone in their inner circle leaked the information.

"I also wondered who they were. But it happened. We can't go back. Like I have said in the past, I have learnt that I should keep my private life private and that's how it's gonna be."

The Bazu rapper had a subtle warning for the backstabbers who leaked his information, saying;

"And for the leakers, if we wanted to know who you are, we could find out. Some things you just leave them alone. I don't know what their intention was?"

Willis was speaking during the music video shoot of My Jaber hit by Hart the Band.

''There are those who want it like that. It is better to put it private since in my previous relationship, I learnt the hard way. I am the one who fed you with my private life and that is one thing I regret.

On the name of the baby, he jokingly said;

"Unless we have another leaker we will keep that private," he concluded.

"The worst thing someone would do  to me is pretend to be my friend," Willis Raburu stated, "Snakes are not just in the jungle they outchea."
Entertainment
1 year ago