Papa Shirandula's fans threatened me with a panga - Juma Anderson

• Juma Anderson also remembers another memory that involved die hard fans of Papa Shirandula who almost lynched him in Mumias. 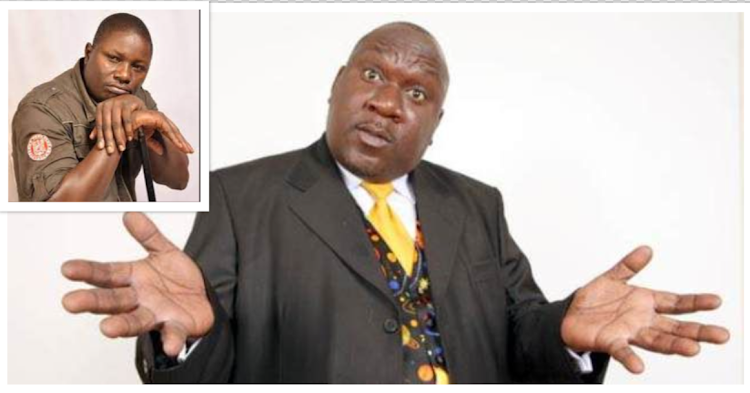 Many fans know William Juma for the role he plays on the popular TV show Papa Shirandula, as the flamboyant boss, Juma Anderson.

He credits his success on TV to acting icon, Charles Bukeko a.k.a Papa Shirandula.

Speaking at the first year memorial event for Papa, Juma said, "Bukeko did a lot for me because Juma Anderson as a character is a very powerful role and as an artiste I had to adjust to play the character."

"I think Papa Shirandula the programme and person had a huge impact on me because he created a character that I had to fit in and that character lived with me ever since, it had been difficult for me to shade it off for obvious reasons because you cannot go explaining to your audience that Juma the character is different from the person."

He noted: "It added an immesurable artistic value to me as an artist."

Asked what the most memorable memory of Papa was, Juma narrated:

"Before I was cast on Papa Shirandula the programme we used to do stage plays - I still do them - there was a play we did at the Alliance Francaise several years back before Papa the programme was in place and the play was called 'She Ate The Female C*ss*va and funny enough I was playing his servant on stage and in the TV show Papa Shirandula was playing my watchman.

As an artist, I love stage plays, so that particular play still stays with me because of the kind of impact it had on the audience."

Right now I am not ready to take my projects back to TV. Online is the future.- DJ Shiti
Exclusives
1 year ago

Juma also remembers another memory that involved die-hard fans of Papa Shirandula who almost lynched him in Mumias.

"When we were in Mumias with the whole cast of the TV show, I decided to take a stroll on the street of Mumias, alone. I met two guys, I don't think they knew the cast of Papa Shirandula was in town. A week before that, on the show, I had just fired Papa.

So these guys saw me walking, and they were like, 'Aiiii, huyu si ni ule mtu ambaye alifuta Papa kazi?' As an artiste you don't want to create more buzz on the street to diffuse the situation, I walked to them and told them, 'Yeah, that was me.'  So that the story dies down, otherwise they may have called a crowd and things would have gone out of hand."

But Juma was so wrong, they still had a bone to pick with him for his on-air actions.

I realised the guys were serious so I had to sizzle away but he was terribly sad, aggressive and at one point i feared for my life  and that has happened many times."

Shix Kapienga also explained what Papa Shirandula's dream was for her talent and future plans.
Exclusives
1 year ago