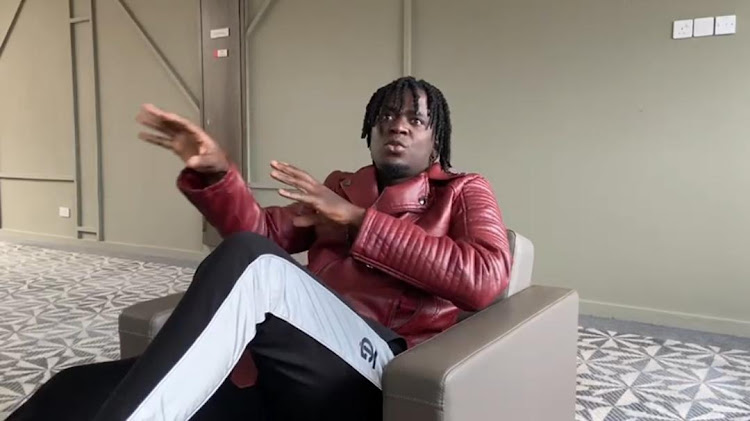 Yesterday night Willy Paul was headlining a concert in Eldoret where he gave Mpasho.co.ke a behind-the-scene look at what his song Lenga with Size 8 is all about.

Speaking about the song, Willy Paul did not brand it as gospel or secular he exclusively told Mpasho, "It is an educational song, it is about opening up and speaking my truth to Size 8. Having a conversation. Juu unajua aliniblock, huyo mwanamke? Aliniblock bila sababu. (Because you know that woman blocked me, she blocked me with no apparent reason.)"

He continued, "So Size 8 was explaining why. Saying it is because of the kind of music I do nowadays. I told her, 'To say the truth, tuschana tumenipenda penda since nikuje hii side ingine, life is easy, hakuna restrictions unahave fun. Ni kujienjoy tuu.'."

The controversial entertainer was quick to say, leaving gospel music doesn't mean he has turned his back on God.

Asked what he likes most about going secular, he said, "There is freedom no one judges you and that is not to say I have forfgotten my God, ni ille tuu mungu ana understand 'Hee! Huyu ni bwana mkunaji."

Here is a video shot by the effable Mercy Mumo in Eldoret during Willy Pozee's gig last night.

He died in his sleep! How Awinja learnt about her father's death

Actress Jacky Vike alias Awinja has opened up on losing her father while in high school, and how she learnt about it.  It was in the middle of the ...
Entertainment
1 year ago