Body of Prof Magoha’s brother arrives in Kenya from USA

Prof Magoha, 71, died at Nairobi Hospital on Tuesday after a cardiac arrest.

• The body of Richard Alex Nyabera Magoha arrived aboard a KLM flight with about ten members of the family.

• This was about six hours after Prof Magoha had died. 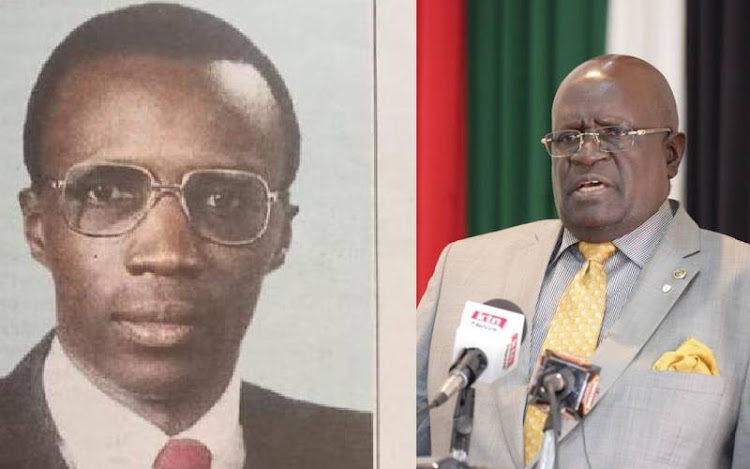 The body of the younger brother to former Education Cabinet secretary George Magoha arrived in Kenya on Tuesday night.

The body of Richard Alex Nyabera Magoha arrived aboard a KLM flight with about ten members of the family.

This was about six hours after Prof Magoha had died.

Witnesses said the plane with the body and family touched down at about 11pm.

The family received the news of the death of Prof Magoha while travelling back to Kenya.

They were distraught when they landed at the airport and were facilitated by government officials to move the body of Prof Richard to Lee Funeral Home where that of his elder brother Prof Magoha lies.

Prof Magoha, 71, died at Nairobi Hospital on Tuesday after a cardiac arrest.

He passed on hours before the body of his younger brother landed at JKIA in Nairobi, ahead of the planned burial on Saturday.

Prof Magoha was among the family members making the burial arrangements for his brother, who died in the US on December 6, 2022.

He, however, did not get a chance to pay his last respects to his brother.

“Prof Magoha was busy with the funeral arrangements of his younger brother. He even did not respond to my calls for the first time on Sunday,” a colleague Prof Walter Mwanda said.

Earlier plans were to bury Prof Richard on Saturday.

"The cortege will leave Agha Khan Funeral Home Kisumu, on Saturday, January 28, for a memorial requiem mass at Township Primary School Yala at 10am followed by intermittent at his Umiru home in Yala, Gem, subcounty," his obituary read.

In the space of two years, the family has lost three brothers.

In August 2021, the family buried Charles Agunga Magoha, who died in Sweden.

Dr Michael was among doctors at the Nairobi Hospital who made efforts to resuscitate Magoha in vain.

Kenyans and the family of the former CS George Magoha have been thrown into mourning following his death on Tuesday.
Entertainment
1 week ago

To the University of Nairobi students, former Education CS George Magoha was a “Buffalo.” To many who worked with him in the education sector,
Lifestyle
1 week ago