•Many feel gifting yourself and pretending to have been gifted is living a lie.

• This was based on Youtuber Nairofey who alleged she bought herself gifts and lied her bae bought them. 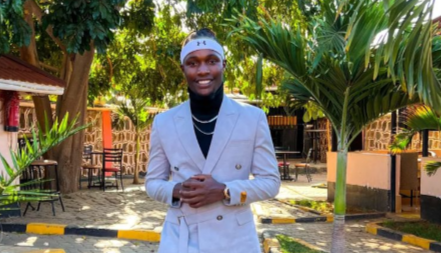 The revelation that a Kenyan female influencer has been buying herself gifts and then pretending they are from her man has led to a national discussion about this trait in women.

Both genders agree that it's unnecessary and creates peer pressure online.

Content Creator Nairofey trended Monday, January 23, after confessing she has been buying herself things like flowers and a fridge, then pretending her man did it.

Celebrities have joined Kenyans in reacting to this habit women have. The comments were made under a post on Nairobi Gossip IG.

Among them is David Moya. The influencer commented that

Other celebrities who have commented on why girls gift themselves. Check out the comments below

@shirley_ogalo...This nairofey drama is hilarious because why would you send a man YOUR money to save for you😭😭and sign a prenup stating he will take half of your income and buy yourself things but post as if he bought them for you😭😭women, stand up!!!

@OptimusKrimee....I knew that Nairofey did sign over her money and signed a prenup with her UN husband when she said 'scoop that low'.

An account on Instagram has been running an exposé over the weekend claims that Nairofey lied about her boyfriend sending her goons to attack her and also lied that the car was hers, adding that it was repossessed by the boyfriend even Sharing a document as proof. pic.twitter.com/qP66eciq4z

Yesterday, Deputy President Rigathi Gachagua called out Mugithi singer Samidoh for his public drama in Dubai between his first wife and side chick.
Entertainment
3 days ago

Tiktoker Becky Akinyi and Pritty Vishy are both celebrating some major milestones on social media. A week ago, Pritty announced that she received the ...
Entertainment
3 days ago