He is famous for some hits songs in the industry

• Magix Enga said he is going through so much asking his followers to forgive him if he had wronged them.

• Magix was seen seated on a trunk of a tree looking disoriented. 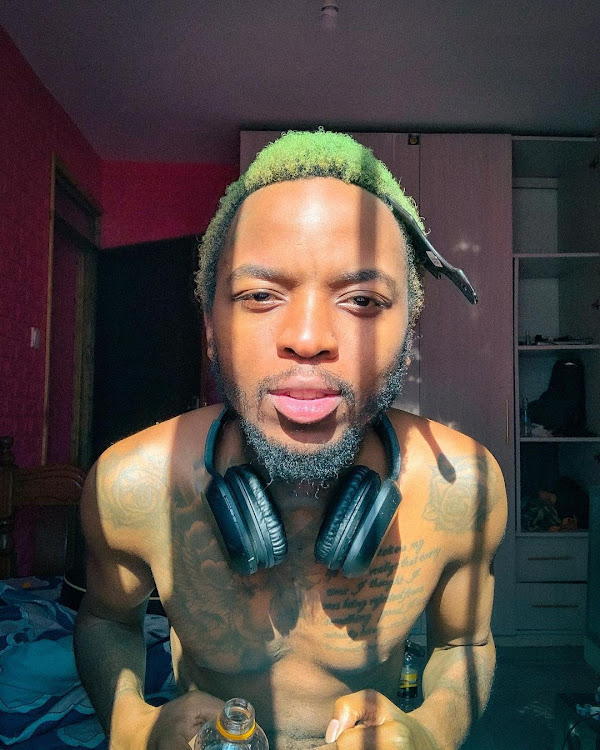 Talented music producer Magix Enga is not doing well. Through his Instagram page, the once-famous producer said he is going through so much asking his followers to forgive him if he had wronged them.

Magix went on to state that he is talented but he currently cannot understand what is happening in his life.

"Hey people, place life imenifikisha I don't understand anything. I love you all so much. There is talent though I am not doing okay. Am going through a lot and I do not understand why. Somebody please. Kama nilikosea, I apologize. More love to all of you," he said.

In another undated footage seen by Mpasho.co.ke, the 'Watoto na Pombe' hit producer was seen in a deplorable state.

An unkempt Magix was seen seated on a trunk of a tree looking disoriented.

In October last year, he told YouTuber Eve Mungai that he had been on a journey of transformation which began with him shaving his signature dreadlocks to quitting substance abuse.

In the interview, he accused singers Otile Brown and Arrowboy, of abandoning him in his hour of need.

Magix said his move to cut off his locks and quit drugs was a step to starting a new life and inspiring the young ones who look up to him.

Previously, he said on his Instagram account that he had been in rehab for three months battling drug addiction.

He went on his post to comment that he got lots of pressure in life and decided to use drugs as a cool-off but ended up being an addict.

He also advised the youths on the dangers of drugs and stated that it changed him into someone he was not.

"Nimetoka rehab and this is how I deal life pressure. People today are overworked and overwhelmed, and often feel like a good break or a reward is deserved. But in the end drugs only make life stressful and many of us all too often fail to recognize this is the moment," he stated.

"To prevent using drugs find other ways to handle stress and unwind. Take up exercising, reading a book, volunteer with the needy, create something. Anything positive and relaxing to take the mind off using drugs and stress."

Since my confession, jini zinanifuata-Magix Enga

Magix Enga sparked controversy earlier this week after he opened up about his time as a member of the infamous Illuminati.
Entertainment
1 year ago

'I joined Illuminati at only 23 years, bought a car that month' - Magix Enga opens up

Magix Enga met a Mzungu at Junction Mall who connected him to a famous musician.
Entertainment
1 year ago