Why Bahati's fans want him to work with Samidoh's rival

Waithaka Wa Jane is currently ranked the King of Mugiithi

• Singer Bahati is looking forward to releasing a new hit

• Bahati said he would be working with a Kikuyu artistes 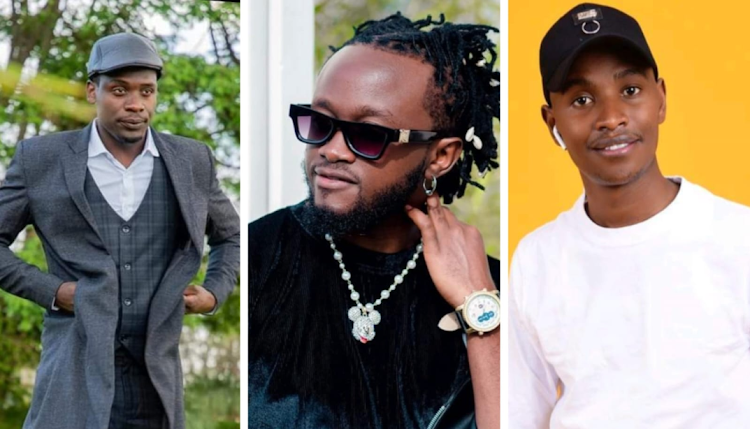 Singer Bahati is looking forward to releasing a new hit, this time he asked his fans to help him in choosing the tribe he should work with.

He shared on his social media;

"Let's Vote... Mention/ Tag a Musician from your tribe that I should Collabo with Next,"

Most of those who commented suggested that he should collaborate with a Kikuyu artiste.

He then went ahead to share a poster, this time asking his fans to be more precise with the names.

In his caption, Mtoto wa Mama affirmed that he would be working with a Kikuyu artiste - tasking his fans to pick the specific Mugiithi star they want to see in his upcoming collaboration.

From the comment section, most of his fans now want Bahati to feature Waithaka Wa Jane who is a rising artiste.

Here are some comments.

mpashogram: Do you know Waithaka of Jane and Ka-Hammer too.

Bahati returned in the music industry a few months after elections promising to be making great hits.

"Hii Mambo Ya Mhesh Wekeni Kando.... THE KING IS BACK!!! Tell Me. What Happened While I Was Away???"

Recently, fans have been compering Samidoh to Waithaka Wa Jane as far as Mugiithi music is concerned.

Some went on t allege that Samidoh is afraid of being dethroned by Waithaka.

A fan shared a statement asking his fans if Samidoh was against Waithaka's success.

The statement did not sit well with Samidoh as he blasted the fan asking him to stop mentioning his name in vain.

Diana Marua is celebrating a huge milestone in her newborn's life. Her third child, baby Malaika has turned six weeks old and the excited mother took ...
Entertainment
3 weeks ago

YouTube blogger Diana Marua has continued to celebrate her son Morgan Bahati, about three weeks after his birthday.
Entertainment
3 weeks ago