• The former model has continued to celebrate her son Morgan Bahati, about three weeks after his birthday.

• Diana said she has seen a lot of progress and changes in her son and wished him God's guidance in life. 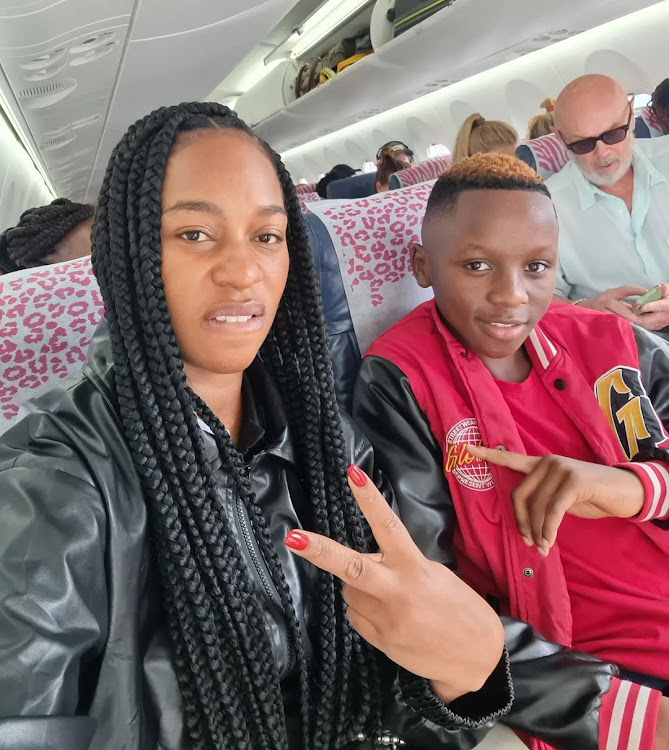 YouTube blogger Diana Marua has continued to celebrate her son Morgan Bahati, about three weeks after his birthday.

On Monday, she posted a video of herself and several others washing Morgan on his birthday.

She attached the video with a special message to the 13-year-old boy in which she expressed her great pride in having him as her son.

"Look at my Baby Morgan Bahati, You turned thirteen a few weeks ago and I'm so proud of how happy I am for you to call me Mom," she wrote under the video that she uploaded on her Instagram page.

Bahati's wife said that she had seen a lot of progress and changes in her son and wished him God's guidance in life.

"I have seen you change into the Gentleman you are today and the only thing I can say is that God continues to protect you and guide me and your Father always to be able to raise you to be the best version of you," she said.

The mother of three also showed her great pride by giving Morgan what he wanted for his birthday. Morgan turned 13 on December 22 last year, the day Bahati's father celebrated his 30th birthday.

Bahati revealed that he shares the same date of birth with his son because he is special to him and he keeps him close to his heart.

"I share the same birthday with my son @morgan_bahati because he is very special to me and close to my heart❤," Bahati said via Instagram about three weeks ago.

The 'Mama' singer adopted Morgan as his son in 2014 when he went to perform at the ABC orphanage where he grew up after his mother passed away.

After Bahati performed, Morgan refused to return to the children's center and wanted to go with him.

While talking about the events of that period last year, the artist said that at that time he did not have much financial ability to enable him to adopt a child.

"After the show, my 2-year-old little child, Morgan, cried to go home with me, it was difficult for me because I was still struggling financially. The worst thing was that I lived in a small room and I had no one to take care of the child because I was staying alone,'' he said.

Diana Marua has been with her nanny Irene since her first born child Heaven Bahati was 5 months old. She is soon turning 5.
Entertainment
3 weeks ago

Kenyan musician Bahati just turned a year older and to welcome him to the third floor his baby mama Diana Marua threw him a themed lavish surprise ...
Entertainment
1 month ago

Diana Marua hints on a wedding with Bahati