Kinuthia addresses the nature of his relationship with photographer Waweru 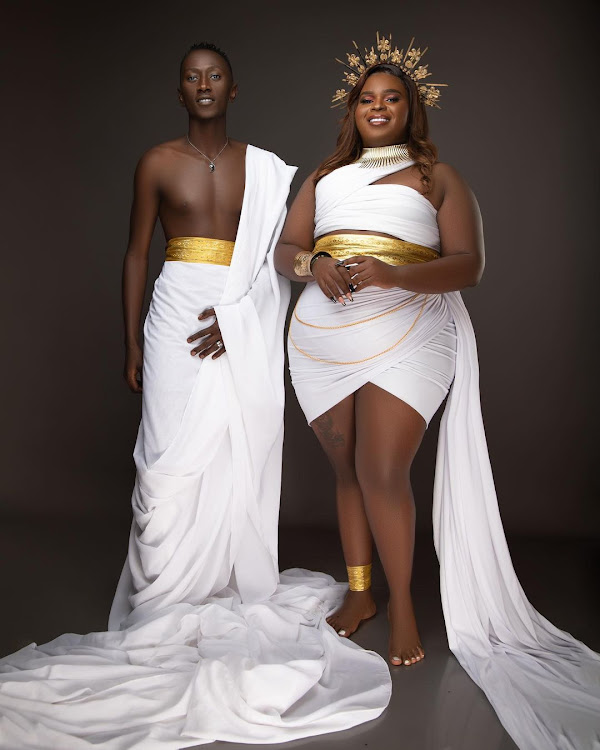 Famous content creator Kelvin Kinuthia has clarified that he and his camera person Waweru Kungu have never been in a relationship.

Speaking to Word Is, the two content creators said they met online before their friendship flourished.

Kinuthia shot into the public domain through his career on TikTok, where he dresses like a woman.

Kinuthia wears makeup, wigs, and high heels and markets the female clothes he rocks on his Instagram page, and due to this, people assume he is gay.

Waweru, who also appears in his videos, has been accused of being the TikToker's partner based on how close they are.

"The worst misconception is that people think Kinuthia pays my bills and that we live in the same house," Waweru said.

Kinuthia added, "People have jumped into conclusions about my sexuality just because I have makeup, I do my name and I cross-dress. They should relax and wait until I am ready to speak about it."

Waweru said he lives in his house and pays his rent and all bills. "Our friendship is based on just that we do work together," he said.

On how they met, Waweru said he had approached Kinuthia on Facebook, asking him to share his business on social media.

"We would later meet at a place he had visited his friend in an apartment where I lived," he said.

Waweru said he is dating but his girlfriend does not want to be on social media.

He said his girlfriend is afraid of bullies. "I have tried so much for her to accept so that I post her on my social media platform but she does not want to be revealed online," he said.

"The kind of trolling that has been online, she does not want to be subjected to the hate, and I respect her decision."

On the other hand, Kinuthia said he is single and would never hide the person he is dating.

"I get so many love requests but I am not ready to date," he said.

"In the future, I will date, but for now, I am very young. I think dating is too hectic for me. I might end up focusing more on the relationship and forget to make money. I am just 21 years," he said.

Jimal Rohosafi leaves Kinuthia in tears with this lovely act

Kenyan Tik Toker Kelvin Kinuthia is ecstatic after receiving a DM from Matatu boss Jimal Roho Safi commending him for his hard work.
Entertainment
2 weeks ago

Kinuthia dresses like a pretty lady, wears makeup and perfectly does his nails.
Entertainment
2 weeks ago