Jimal Rohosafi leaves Kinuthia in tears with this lovely act

• Kinuthia is well known for his Tiktok videos. 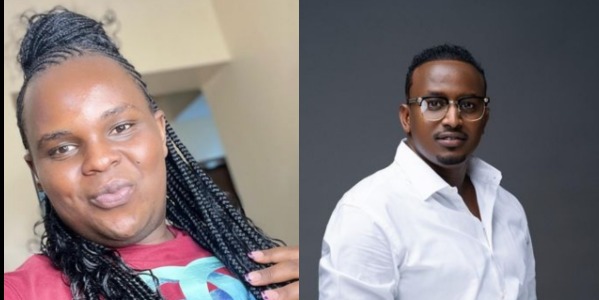 Jimal Roho Safi has commended Kinuthia for the good work he does.

Kenyan Tik Toker Kelvin Kinuthia is ecstatic after receiving a DM from Matatu boss Jimal Roho Safi commending him for his hard work.

The cross-dressing creative now says such DM's motivate him to work hard.

"Keep pushing you are doing great. Don't stop. Love what you do with passion siku moja itajipa," Jimal sent in his DM to Kinuthia.

"Waking up to such a text from someone who has made it in life gives me so much strength. Waah thanks so much." 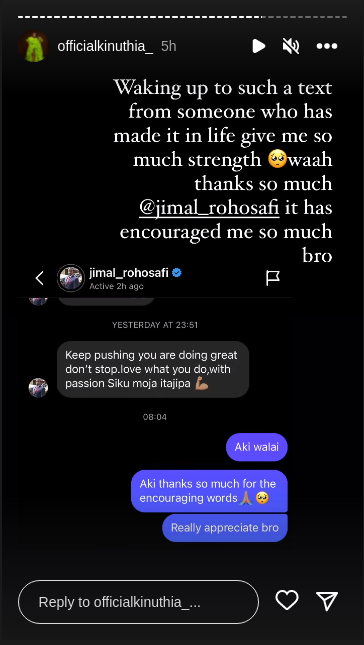 Kinuthia has been commended by Jimal for the good work he does.

This week in an interview with Mpasho, Kinuthia said he won't stop cross-dressing anytime soon.

"I think I love my Nyash more since it has made a name for me and also made money for me," he said.

He said he will not stop cross-dressing as he loves the female character.

"The most asked question on social media is about my sexuality. The reason I wear dresses and apply makeup and so on is that I don't want to lose this character. It is what people know me for."

During the interview, he also spoke about his weight loss journey saying that before his gastric balloon procedure, he weighed 138kg, and barely two months after the procedure, he now weighs 131kg. 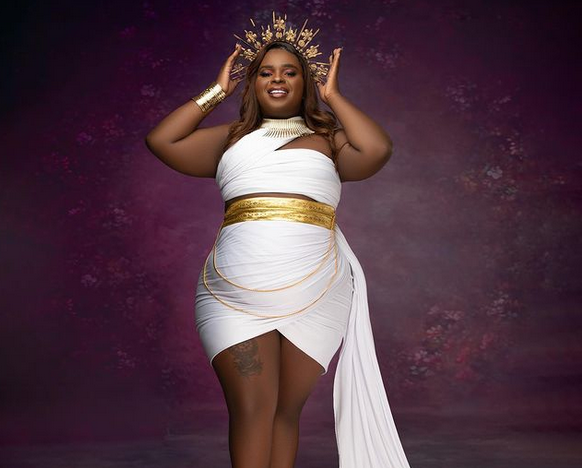 Kinuthia added that he swallowed the balloon in November and it will be removed in February.

"I have seen the changes. This last month, I am supposed to do extra workouts and even have a personal trainer to help me out," he said.

Kinuthia said he is impressed by the changes as his focus was on belly fat and he has seen the changes.

"I am happy to see myself losing 7kg. I have only been reducing the amount of food I take and I have managed to lose that much," he said.

Kinuthia explained that his mum encouraged him to go through the procedure since he was overweight.

"It’s a small tablet you swallow and when it gets to your stomach, they do an X-ray then start filling the tablet with a fluid. They fill through a pipe which sticks out your mouth."

Jimal's unexpected reaction after Amber showed off bundles of cash

Jimals comment comes after ex wife Amber Ray showed off sh900,000 that her manager and friend gave her.
Entertainment
3 weeks ago

Somali businessman Jimal Rohosafi is getting candid about his house being empty and it having echoes.
Entertainment
1 month ago

Jamal told women not to marry a rich man but instead marry a man who is a giver.
Lifestyle
1 month ago