• Comedian Eric Omondi is on good terms with all the women he has dated.

• He has never been enemies with any of his ex-lovers. 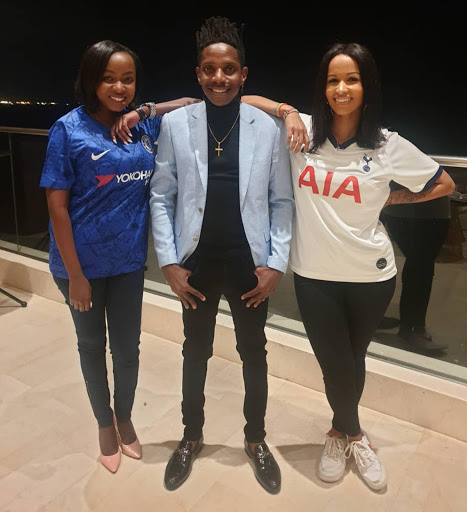 Former Churchill show comedian Eric Omondi is on good terms with all the women he has ever dated.

Omondi who was interviewed Dr King'ori's show, The Wicked Edition, said he has never been enemies with any of his ex-lovers.

"We’re on talking terms with all my exes. I have never broken up with a woman and we ended up being enemies," he said.

Eric who has always said he is not ready to settle down said he is dating and his perspective on marriage has changed.

"I am dating but I have had an issue with marriage for a very long time," he said.

"I hope my girlfriend will forgive me for saying this, but it’s something I have told her before. Even though I have started changing, I have accepted the issues surrounding marriage."

Eric added that the reason he was against marriage was that he felt like it was a failed institution.

"I have been telling people not to marry if they don’t have to. I think marriage is an institution that has failed. Marriage is deep, but in this generation it’s hard. Everyone that I know has been divorced," he said.

In 2022, the comedian said there are so many divorces in his family that it makes him doubt whether his marriage will survive.

Speaking during an interview with Oga Obinna he said;

"All my uncles are married and divorced. I ask myself if I go into a building and people are coming out will I still enter?"

They, unfortunately, lost their unborn child in 2022.

Artist Stevo Simple Boy has decided to choose war instead of peace. This is after he released a song on Wednesday night raising issues against some ...
Entertainment
3 weeks ago

Eric Omondi has faulted Stivo Simple Boys managment for failing to ensure the rapper got paid for his Mombasa performance.
Entertainment
4 weeks ago

KOT are unhappy with the treatment that rapper Stevo Simple Boy got compared to Nigerian singer Ruger in Mombasa.
Entertainment
4 weeks ago