In September 2022, she had shared that he cheated on her without giving more details

• The ex-boyfriend denied her allegations.

• Cartoon opens up about what may have happened. 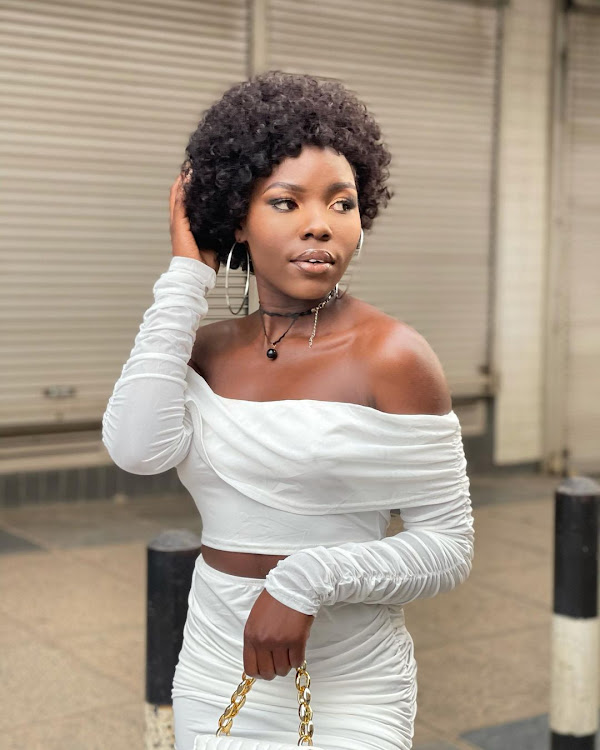 Months after releasing a song accusing her former man of cheating, Cartoon Comedian has given more details about the allegations in a new song.

In the song released over the weekend dubbed 'Enough', Cartoon reveals that he allegedly cheated on her with her best friend. The lyrics are below;

"Cheki nani, how the hell does my best friend f*k my boyfriend? He's a guy I lowered my standards for B*ch mi hujam. Don't f*k with me, I kill Na anyone I cut off lazma feel. F*k your feelings, me ni real revenge take forever to heal, so chill (chill)."

She also admits to wanting to do something with rapper Nyashinski.

"Kuna vitu lazma ni do kama kuf*k the goat Nyashinski. Kama kuonjesha mokoro whiskey. I need to do a quickie in the 1st daughter's office..."

Back in 2022, Cartoon said that her lover may have cheated on her, leading to the breakup but did not give much detail.

She wrote of her heartbreak and added she would be taking time off to heal. The comedienne shared on her Instagram page that she thought she was hardcore until her lover allegedly cheated.

She shared the post on her Instagram page with a broken heart emoji as the caption, leaving her followers feeling sorry and encouraging her.

"I've been hurting kidogo, after my love breakup scenario. I thought I'm a Taliban, kumbe mi nu baby girl. I'll be back after nimepona," she wrote.

Areas that are notorious as make out spots among youngsters include Tatu City, Ruiru Dam and open areas near Garden City.
Entertainment
2 weeks ago

Purity Vishenwa launched her rap career in December 2022, with a song bashing her ex,
Entertainment
2 weeks ago