Tanzanian celebs who have been victims of domestic violence (List)

Amber Lulu was beaten even while pregnant.

• Wema Sepetu refused to leave Diamond Platnumz because she enjoyed being beaten by him. 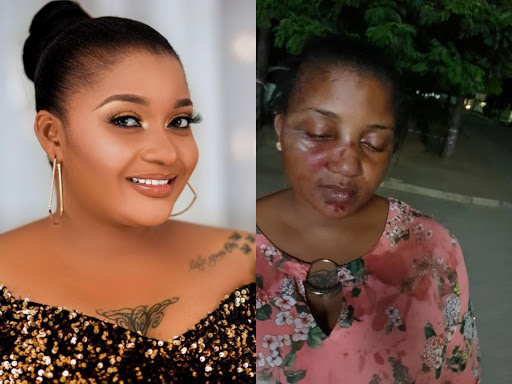 We take a look at Tanzanian celebrities who have been victims of domestic violence.

While some of these celebrities have left the relationships, some are still in them.

Tanzanian businesswoman Shilole once admitted to being beaten to the point that she fainted.

According to Shilole her then-husband Uchebe beat her up over her inquiry into an illicit affair and insecurity over her success.

Speaking during an interview with Clouds Digital, she said

'Marriage has so many things people do not want to talk about.

I met my husband during a friend's wedding, and we got married for 6 years.

The first time he beat me up we had gone to an event he got angry because he saw me catching up with some colleagues in the industry.

He got angry and went home, leaving the car behind, when I went home he met me with slaps.

I was beaten till the dogs woke up. I forgave him and then he started making it a habit.'

'He used to beat me even in the presence of my employees. The beating I would never forget is when I was going for a retreat.

I just asked him who had called him and he got mad. I would forgive until I could not forgive him.

He never even once took me to a hospital, I would receive a heavy-duty beating. I was once beaten till I fainted.'

Amber Lulu who is Prezzo's ex-girlfriend has been a victim of domestic violence for years.

Her excuse for staying in an abusive relationship is that she does not want her child to grow up without a dad.

Days ago she alleged her baby daddy had threatened to kill

Amber added she hates how bad her body looks due to the injuries inflicted on her.

In the past, Lulu alleged that her baby daddy was abusing her even when she was pregnant adding that she has to persevere.

"In relationships, these things are very common but as women, we have to persevere. I cannot talk much about it as it might affect my man and my baby and family which is not a good thing."

In one of the photos, Amber mentioned that it has been happening for a while; adding that she holds on for the sake of her daughter.

Although it has never been confirmed, Wema Sepetu has in the past hinted she was being abused by her ex Diamond Platnumz.

In a past post that lead to controversy, Wema said she missed the beatings.

Speaking during an interview with Global Publishers, Sepetu shared

"Ironically, I used to love it when he battered me, I just don't know why that was the case.

But, I remember he would pamper me after assaulting me, and, I think I loved it because he'd give me attention after the battering.

Honestly, I miss being beaten up by him, a lot." She admitted to the shock of many

She also revealed that Diamond once found a suggestive message on her phone and then gave her a hard slap on the cheek out of anger.

She said that when her siblings found out that she was a victim of domestic violence they begged her to leave Diamond.

However, she refused to leave him because she enjoyed being beaten by him. Diamond has not yet responded to these claims.

A female Tanzanian artiste, Kijakazi Pazi Shaban, died after she was allegedly battered by her husband.

The artist who was once a member of a music group called Kidedea and known by her stage name Zamzam was said to have died at her home in Musoma.

Her husband, a police officer, Hamad Ally took Zamzam’s body to a morgue in Temeke, Dar es Salaam after she succumbed to her injuries.

Amani, that Zamzam had in the past sent gory photos of her deformed, wounded face to friends, saying she had been cruelly beaten by her husband – and that if anything would happen to her, then her husband should be held accountable.

Postmortem performed at a Temeke hospital on Zamzam’s body revealed that the singer succumbed to her injuries following a beating.

Why women sometimes stay with abusers

A 2021 United Nations report showed that one in three women aged 15-49 years in sub-Saharan Africa had experienced one form of violence or another by ...
Lifestyle
1 month ago

Njambi: I stayed in an abusive marriage to avoid being a single mum

Njambi says she started projecting her frustrations on her kids and that is when she decided to leave.
Entertainment
4 months ago