'Women were my biggest problem after I got saved' Pastor T

Pastor T says people should not expect immediate change when one gets saved, as the change is gradual.

• He has advised people not to castigate Christians when they slip and backslide. 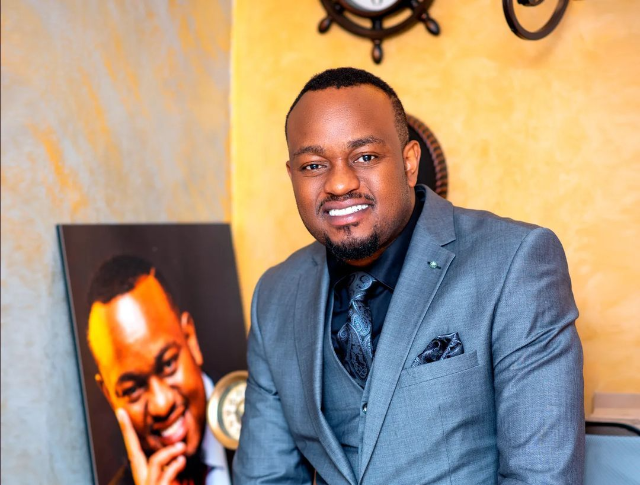 Pastor T Mwangi. He says he had a problem with women when he got saved.
Image: Instagram

Pastor T Mwangi has opened up on his battle with women before he got saved.

The pastor known for his hard-hitting advice says it reached a point where he had 'fear' for women.

Speaking during an interview with Massawe Japanni, he shared

"I had a problem with women when I got saved.

I even started making more male friends to avoid the temptation, when I became a pastor I noticed that I did not have a female pastor.

I talked to my colleagues and they were my support, nowadays I no longer struggle with anything."

Mwangi says contrary to what people think, he used to be a party animal before he changed his ways

"I have lived life like any normal teenager/young man.

Days ago the pastor left tongues wagging after alleging that the slang G.O.A.T is associated with Satanism.

In Modern times the slang means Greatest Of All Time. It is used to refer to someone who has achieved something most people wouldn't be able to.

Pastor T explained that calling successful people at a young age G.O.A.T is rejected in the book of Daniel 8:9 where he also explained more about the history of Alexander The Great who ruled Greece at a young age and achieved great success.

Further stating that the leader of the ancient Greeks believed in a mask with a goat's head and a human body and that is why he was called GOAT.

Mwangi has advised Kenyans not be quick to castigate Christians when they slip and backslide.

Pastor T under fire after claiming that G.O.A.T is associated with satanism

City Pastor T Mwangi has come under fire by a section of Kenyans after alleging the slang 'GOAT' is associated with Satanism.
Entertainment
1 week ago

Kanyari said Pastor Ng'ang'a has invited him to his church since there are many single women.
Exclusives
2 weeks ago

Controversial Kenyan televangelist Prophet Victor Kanyari is suspecting he has other children apart from the two with his ex-wife Betty Bayo.
Exclusives
2 weeks ago