Kanyari broke up with ex-wife Bayo over five years ago

• Pastor James Ng'ang'a is looking for a woman to get married to pastor Kanyari.

• Kanyari said Ng'ang'a wants him to settle down and has decided to look for a wife for him. 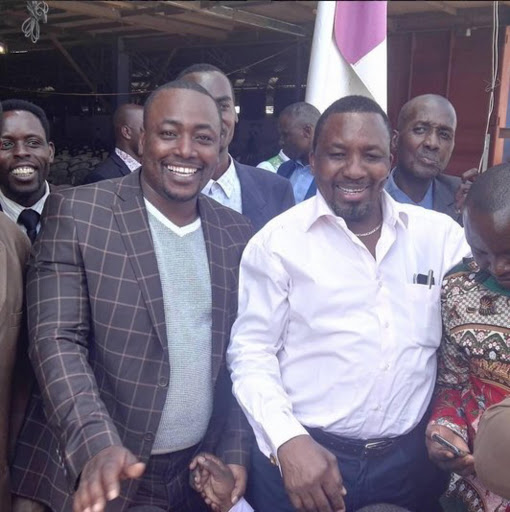 Neno Evangelism Founder Pastor James Ng'ang'a is looking for a woman to get married to pastor Kanyari.

Kanyari has been single for over five years after he was dumped by gospel singer Betty Bayo.

Speaking to Mpasho's writer, Elizabeth Ngigi, Kanyari said Ng'ang'a wants him to settle down and has decided to look for a wife for him.

"I am not yet married since I have not been serious about the issue. When I get a wife, I will be very open about it," he said.

Kanyari said Ng'ang'a has even invited him to his church since there are many single women.

"Pastor Ng'ang'a is insisting I get married but I am not settled to marry. He wants to preside over my wedding."

Kanyari said he is not ready to start getting babies yet.

"Nothing much is holding me to get married but getting those small babies again is not an easy task. I will get it when I am ready," he said.

Kanyari who has two children with ex-wife Bayo said he wanted to get six children.

"If I get a lady who will give birth to four children in a short time, it will be a good thing," he said.

In October 2022, Kanyari said he is not in a hurry to date someone but willing to be hooked up with an interested 'good' woman.

"I am still very single. Sijapata mtu. I will be happy if Mpasho finds me a good girl to marry. There are good women out here but I have not decided on which one yet," he said.

Asked to describe the qualities he is looking for in a woman, Pastor Kanyari said he does not look at appearance but will ask God to guide him in selecting.

He told his church members to buy expensive cars and build mansions.
Entertainment
1 month ago

'I'm a fighter!' Rose Muhando says about troubled past

For years Muhando has been giving fans an insight into her difficult upbringing.
Entertainment
1 month ago

Pastor Ng’ang’a shocked at Kanyari's weight after meeting him

This weekend, Neno Evangelism founder Pastor James Ng’ang’a (as is his norm) candidly gave another man of God a piece of his mind.
Entertainment
2 months ago