• The petite radio presenter has always being attacked for her petite frame. 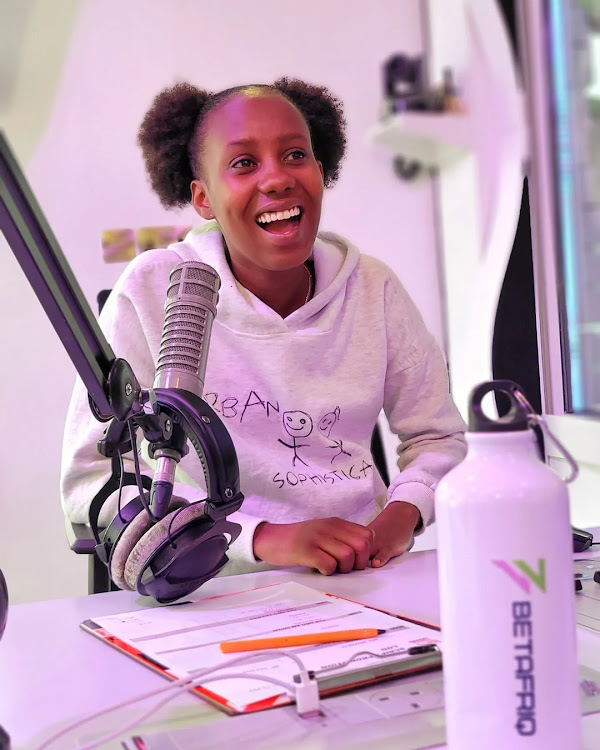 Kenyan content creator Prudence Chepkirui Tonui popularly known as King Kalala in a recent interview with Dr. Ofweneke opened up about her experience being in the limelight and constantly getting body shamed.

While speaking about being constantly trolled, King Kalala highlighted that after the first few times her screen grew tough and the hate no longer gets through to her.

She told Dr. Ofweneke that she soon realized that there is nothing she could do about the trolling so she became accustomed to the constant body-shaming remarks that she receives on social media.

Kalala said minus thick skin she also doesn't mind the hate because she gets to play reverse uno on netizens.

According to the 24-year-old being a public figure does not limit her from clapping back, because disrespect can be a two-way lane.

“What I like about being body shamed is that I also get to do it back. It gives me a chance to body shame people back. It’s not about me a celebrity that I have to speak with respect, if that’s how we are talking, then let’s talk,” King Kalala said in a nonchalant way.

But she is not always a tough cookie as she would want you all to believe apparently.

Kalala revealed to Dr. Ofweneke that she actually is a big baby and often cries in private, something that she would however never do in public.

“Kulia ni lazima…lakini hiyo ni ya usiku tuu… and then we strike at dawn," said the content creator.

Kalala is among several Kenyan female celebrities who are constantly picked on because of their physical appearance. But unlike most who are fat-shamed, she is mostly mapoliticiansde fun of for being super skinny, and not being endowed when it comes to her burst and behind.

Something that she has noted constantly is that it doesn't bother her as she knows she is lacking in those areas and can't do anything about it.

However, she is not squeaky clean.

In 2020, Kalala faced a lot of harsh backlash after she posted a video online where she body-shamed overweight people, saying that their carelessness brought about their excess weight.

Her insensitive remarks landed her in a lot of trouble with Kenyans but just like with politicians' fake promises, that was quickly forgotten and we moved onto the next thing.