The intense underwater workout Lupita Nyongo did for Black Panther

Movie fans are liking a video of Lupita training under water

• The underwater exercises show how much effort she had to put to take on her role.

• Lupita even uses weights to walk and slide in the water. 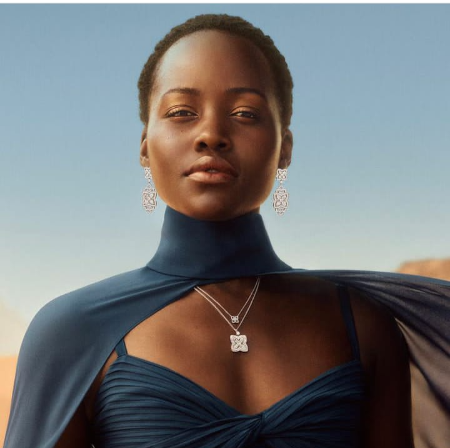 Lupita Nyongo has shared a video of how she trained for her role in Black Panther Wakanda Forever. In the clip, one can see Lupita even using weights to walk and slide in the water.

The actress uses them to crawl across the pool. After she made her way out of the water to rest by the side of the pool, she added, "I felt like a crawfish."

Taking to her Instagram handle on Saturday, Lupita, 39, shared how she improved her swimming skills by performing Navy SEAL-like training sessions for the sequel.

In a 54-second clip, the US actress gave fans a glimpse of how she pulled off her role as the "war dog" spy Nakia.

Many of Wakanda Forever's scenes take place underwater, thanks to the addition of new antagonist Namor who rules the secretive deep-sea land of Talokan.

Lupita captioned the video, "Swimming down to Talokan was not as easy as it looked! Safely supervised by @XPTLife and #MarkRobertsFitness."

Nyong’o previously talked about her experience swimming underwater along with costar Angela Bassett in an interview with Variety.

The two shared that they were not particularly skilled at such stunts before shooting the film.

"Before we started this film, I knew how to swim, but I wasn't a confident swimmer," Nyong'o, added. "I didn't need to swim in public, that's for sure. That's a lifelong skill that I now have."

Its debut is meant to commemorate Chadwick Boseman, who was their late co-star.
Entertainment
1 month ago