Samidoh explains why he refused to be hosted by Andrew Kibe

The Mugiithi singer refused to visit Andrew Kibe in the US

• Kibe said that Samidoh only wants women to be part of his gang. 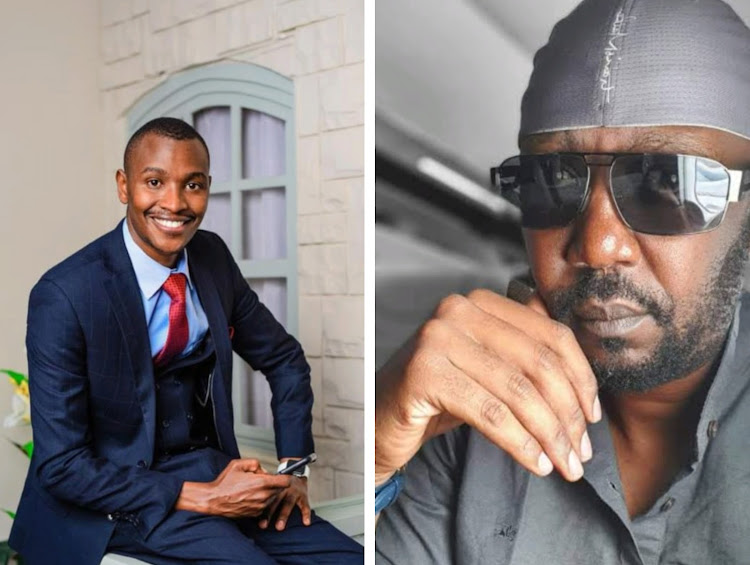 Samidoh responds to why he refused to be hosted by Andrew Kibe
Image: COURTESY

Controversial content creator Andrew Kibe prepared some 'whips' to diss Mugiithi artiste Samidoh who is currently being hosted by a female friend in the US for his music tour.

Well, Kibe through his TikTok account revealed that he had approached Samidoh on his last year's trip to the US, offering to host him and take him around the US.

According to Kibe, Samidoh turned him down only for him to see women insulting each other online.

"Last year in 2021, I asked Samidoh to come and I show him around during his weekend off when he is here for the other tour. Just to show him how rich gang lives. I was going to host him," Kibe said.

Kibe added that Samidoh only wants women to be part of his gang.

An angry Kibe referred to Samidoh as a weak man who has allowed women to fight over him on social media.

"Samidoh you are weak. You are talented but your whole energy, you have given it to three women. Look at you. You need some whips."

Well, this did not sit well with the talented Mugiithi singer. Samidoh responded to Kibe's video saying he would visit Kibe when he gets his own house.

According to Samidoh, Kibe is still living with a 'Sugar Mummy', and visiting him was not a good option.

"Haha kwani unataka? So, I was to leave my work coz a lad has invited me over to his cougar's house? Bro, si we agreed nitakam ukipata kwako.

Sasa ningekuja aje kwa nyumba ya mama bro? (How would I have visited a house that belongs to a sugar mummy) How would we have even shared a drink? That's not manly bro. Tulia(relax)."

Samidoh's US tour ends in December.

Nominated senator Karen Nyamu has had to fight with Kenyans online who have been peddling conspiracy theories about her recent trip to America.
Entertainment
2 weeks ago
WATCH: For the latest videos on entertainment stories