• He also noted that if a girl does not trust her man, it implies that she is cheating.

• Fellow men, if she wants to leave let her... there are just so many of them waiting (laughing emoji)  - Willy Paul. 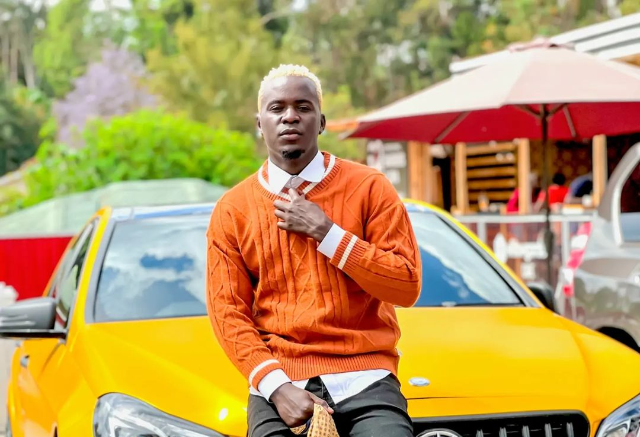 Taking to his Instagram stories Pozze shared a few words as he encouraged men not to spend too much time trying to convince a lady who wants to leave to stay.

He also noted that if a girl does not trust her man, it implies that she is cheating.

His post read, "Fellow men, if she wants to leave let her... there are just so many of them waiting (laughing emoji)."

I'm I the only one getting major red flags and toxic vibes from that statement? So now what? Relationships are not worth putting in the work for anymore.

And how many are you going to "Let them leave" until you finally settle down? Sounds draining.

The "Liar" hitmaker then went on to add, that if a man felt he was faithful, but his partner was insecure/ has trust issues then he should let that woman go as well.

Highlighting that the only reason she would doubt you is if she was out cheating.

Wow, so now people cannot have trust issues because of past traumas.

"If you are faithful to her and she still got doubts then please let her go. Asubuhi na mapema kabla jua iwake... because she is cheating. Baass!)" s!)" The last part of Pozze's nuggets of "relationship wisdom" post read.

His post has led some people to speculate on whether it has anything to do with his most recent relationship with "Jeraha" hit maker Jovial which seemed to die out just as fast as it began.

The two musicians seemed to have hit it off as they sparked wild dating rumours with cute and suggestive photos together as well as being spotted out and about holding hands.

September and October were their months as they each confessed their newfound love for each other however shortly after dropping their hit song "Lalala" which highlighted the two artists getting married, the two started falling about and soon all the pda stopped.

Jovial did post some heart break posts online causing people to speculate that Pozze hadn't changed his ways and had failed the relationship but now it seems people are changing the tune with some looking at Jovial suspiciously.

Singer Willy Paul trended heavily Thursday, November 17th after a video of Diana Marua confessing that she was a side chick to a married man trended.
Entertainment
2 weeks ago

Saldido President Willy Paul has made his updated Rate Card public and it’s into millions.
Entertainment
3 weeks ago