Kiengei said when he needed Mutara, he was also not there for him

• Kiengei explains why artistes did not support Mutara after losing dad.

• Kikuyu artistes were blasted for being hypocrites and letting him down. 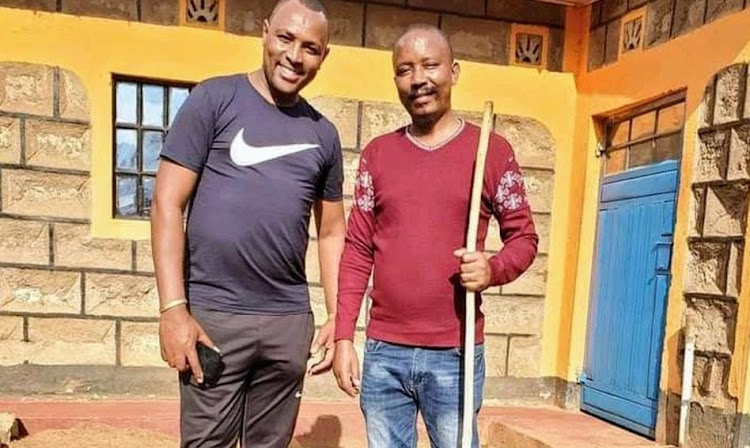 'Why I will never quit Facebook despite the troll,' Muthee Kiengei
Image: COURTESY

Radio comedian and Pastor Ben alias Muthee Kiengei has explained why some Kikuyu artistes did not attend the burial of the father of one of them, Dennis Mutara last week.

A few days after Dennis Mutara's dad was laid to rest, Kikuyu artistes were blasted for being hypocrites and letting him down.

Among those who were questioned were Pastor Muthee Kiengei and Karangu Muraya who were even accused of inciting other gospel singers not to attend the burial.

Speaking at his church on Sunday, Kiengei told his congregants that he will only be supporting those who support others.

According to Kiengei, Mutara has not been working together with other artistes when one is in need.

"Facebook, I have been insulted because of someone who does not co-operate with others yet you want us to support him. Even in this church, I will never blame people who do not support a person who does not also support others," he said.

Kiengei further stated that his haters will never make him quit any social media platform.

"I will never leave Facebook since that is where I make my money from. My haters will be quitting but I will never quit because of trolls. I am strong there, they have called me all names, a fake pastor, but it is okay. They say I am a comedian, and that is still okay but I will not leave social media."

Karangu Wa Muraya on his side stated that they respect Mutara as their senior but people should stop blaming them for not attending the burial.

"It is bad to troll us yet we have been helping him even when he lost his dad. I posted about that and even shared his wife's number so people can contribute," Karanu said.

"Whether we attended the burial or not, let us not be trolled when we attempt to help someone else since we did not attend his father's burial. We have done our part and leave the rest."

Mutara has been missing in action for over a year now.

He was last seen in the public eye when he left rehab.

"The veteran Kikuyu singer was taken to rehab after spending three weeks at Avenue Hospital going through detox in March this year."

Kiengei- "If you did not show us how you got pregnant, stop exposing the pregnancy."
Entertainment
1 month ago

Muthee Kiengei- "Gays are not Godly, their influence is satanic, smoke them out to public."
News
2 months ago
WATCH: For the latest videos on entertainment stories

Dennis Mutara appeals for help to bury his dad