Rigathi says he has no problem with Uhuru Kenyatta.

• He was sworn-in as DP alongside William Ruto on August,13 in Kasarani. 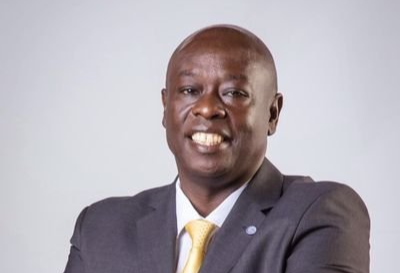 Rigathi Gachagua. He says he wants to meet Uhuru Kenya Kenyatta to make peace with him.

Deputy President Rigathi Gachagua has expressed his desire to meet Uhuru Kenyatta and make peace with him.

According to him, there is no bad blood between them.

Speaking during an interview with KTN's Sophia Wanuna, the DP shared;

"We have no problem with our outgoing president Uhuru Kenyatta. We wish him well in retirement. You know he is my buddy of 20 years, and when things settle down, I will look for him and catch up on good times," he said.

On September 8th, Ruto called out Uhuru Kenyatta for refusing to congratulate him.

Ruto stated that he was not concerned that the outgoing President had not commented on his triumph in a CNN interview.

"Unfortunately, President Kenyatta has not seen it fit to congratulate me.

"Maybe he's a bit disillusioned or maybe he's unhappy that I defeated his candidate, but that is the nature of politics," he said.

The two whoever met days before Ruto was sworn in as the 5th President of Kenya.

Speaking at State House, Kenyatta wished Ruto all the best ahead of his inauguration on Tuesday, September 12, 2022,  at Kasarani.

“My entire family and I join all Kenyans in wishing the very best to our next President Dr. William Samoei Ruto and extending to him our warmest congratulations for receiving the mandate to lead us as our fifth President." Uhuru Kenyatta said.

Uhuru added; “Mr. President-elect, as you walk the path to your inauguration and beyond, you will be President not just for those who voted for you but for all Kenyans,”.

“I will tomorrow, hand over the instruments of power to our new president at the Moi International Sports Centre Kasarani,”.

“I pray for your success (President-elect William Ruto) because your success is that of our nation as a whole. As a hallmark of our democracy, I will hand over power tomorrow to the new President and that will mark the end of the fourth administration,”.

Many have told of Ezekiel Mutua for attacking Sophia Wanuna after her interview with Rigathi Gachagua.
Entertainment
4 months ago

Nearly a week after taking office, Deputy President Rigathi Gachagua has not yet moved into his official residence in Karen.
News
4 months ago
WATCH: For the latest videos on entertainment stories