• Bensouls's baby mama shared a photo of the newborn holding her hand, she showered her with praises

• Speaking to her fans in a Q and A session, Tiffany said she is not co-parenting. 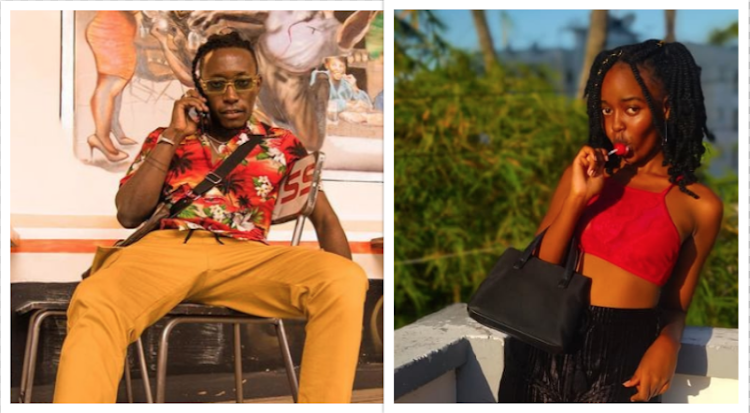 Bensoul’s baby mama, Tiffany Muikamba has spoken about co-parenting days after she welcomed her daughter.

Speaking to her fans in a Q and A session, Tiffany claimed that she isn't co-parenting with the Sol Generation singer.

A fan asked her; "How are you handling co-parenting?"

The mother of one responded; "At the moment I don’t want to share my baby with anyone😂. I’m obsessed."

She also talked about her weight saying she currently weighs 67kg.

In another statement, she spoke about staying celibate.

"When I was in labour I remember telling my good friend that physical intimacy is not worth all that pain😂😂so for now I’m good with my celibate life and just focusing on my daughter♥️." 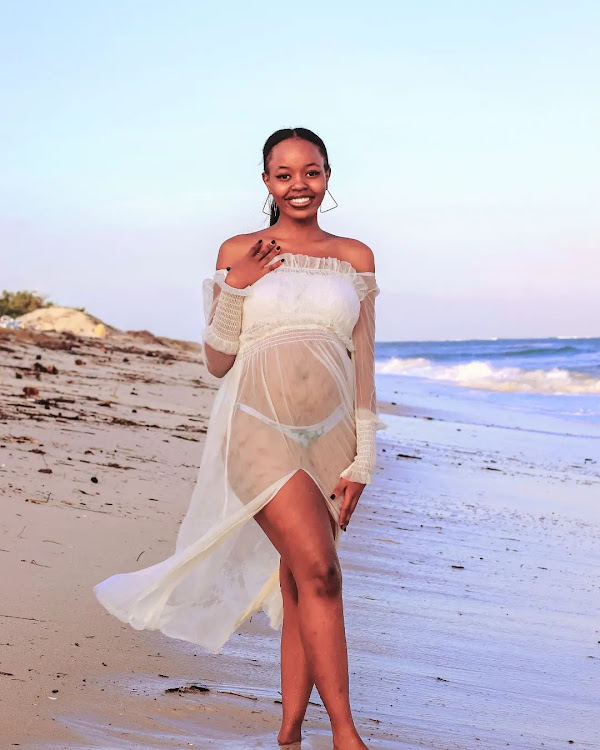 Tiffany Muikamba. The dark-skinned lady has spoken on whether she and Bensoul are co-parenting
Image: Instagram

The new mum announced her daughter's arrival via posts on her Instagram stories one week ago. Coincidentally she was also celebrating her birthday.

She shared a photo of the newborn holding her hand who she showered with praises in her caption:

“Today I also celebrate the birth of my really pretty daughter. Guys I’m really in love with her (love emojis)” she wrote.

Meanwhile the 'Favourite Song' musician hasn't said anything about the birth of his first baby.

Bensoul and Tiffany met during the Oktoberfest concert on October 31, 2021. On whether she had a one night stand with Bensoul and got pregnant, she responded;

“Well, I will just say this…I met him during the Oktoberfest. I think it was on 31st October and now I am 3 months pregnant as of end of February. You can do the math and see whether the pregnancy was as a result of on nightstand or not. Our baby is not a product of a one-time thing.”

In a past interview with Word Is, Bensoul said he was eager to meet his child. The two allegedly do not talk after she publicly announced that he was the father of her child.

Tiffany shared a photo of the newborn holding her hand, she showered her with praises in her caption:
Entertainment
3 weeks ago

I studied Civil Engineering, but my heart was in music - Bensoul

Sol Generation signee Benson Mutua stage name Bensoul has described his life as happy and living his dream in an interview with Kiss TV's Kamene Goro.
Entertainment
1 month ago

Mungai Mbaya opens up on being in a Throuple relationship

Mungai Mbaya is not shying away from saying that he was in a throuple relationship
Entertainment
1 month ago
WATCH: For the latest videos on entertainment stories