Tanzaniana singer Barnaba Classic is in Kenya on a media tour

• He told that his most expensive shoe n his collection costs sh350k. 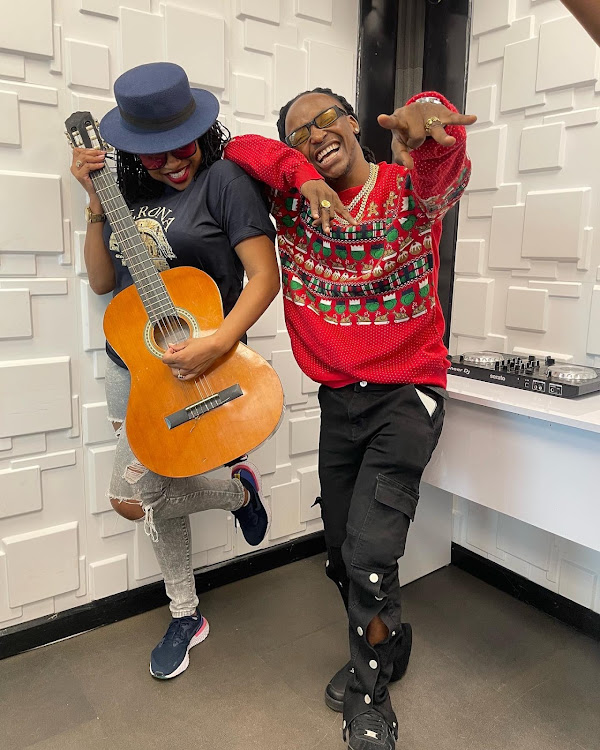 Just like other celebrities, Tanzanian singer Barnaba Classic is an OG when it comes to the sneaker game.

One of the many perks that comes with being a celebrity is being able to afford nearly anything you might want.

Speaking to YouTuber 2Mbili, Barnaba showed off what he was wearing currently claiming they cost him sh15k. He went on to speak of his love for shoes and his huge collection.

"I have almost 70 pairs of shoes, I don't like to keep shoes for too long so I get rid of them alot. My favorite is sandals, I stay with shoes like two months then diclose of them. I love sandals more than sneakers, and I am in open shoes most of the time when I am chilling."

""Nairobi Kenya. I am coming For you guys! MopaoOnTop/ let’s linkup together Onlly good music POWERD by @Ziiki_Media LoveSoundsDefferent Album available in all digital platforms."

He loves being seen wearing the latest hyped collection. What was the most expensive shoe in his collection?

"I have a air of boots called Apiago, I bought them in France. They cost like sh350k. 3,200 dollars about that much. That is the most expensive shoe I own. I did not buy the shoes, but it was a present from a friend of mine called Fred. He is one of my mentors."

Whose shoe game does he admire the most in his home country Tanzania?

Barnaba told "Ah there are so many I admire. There is Diamond, Ommy Dimpoz, they are artistes who know how to dress and they also have many pairs of shoes. Oh yes and Jux, he also sells shoes."

His dream shoe to won?

"I have never had such a dream when it comes to shoes. Anything I come across I wear. As long as it is fitting me and it makes me look good."

Diamond elated after securing collabo with his icon after 13 years

Award-winning Tanzanian singer Diamond Platnumz is an elated man after securing a collabo with his longtime icon and singer Barnaba Classic.
Entertainment
1 month ago

What Diamond Platnumz said about signing Aslay in Wasafi

Zari and Diamond held each other in a romantic way as they smiled at each other.
Entertainment
1 month ago
WATCH: For the latest videos on entertainment stories

Signs you could be wearing the wrong shoe