• Miami shared a photo of his mzungu lover Patrick Miami with a moving message to celebrate his day. 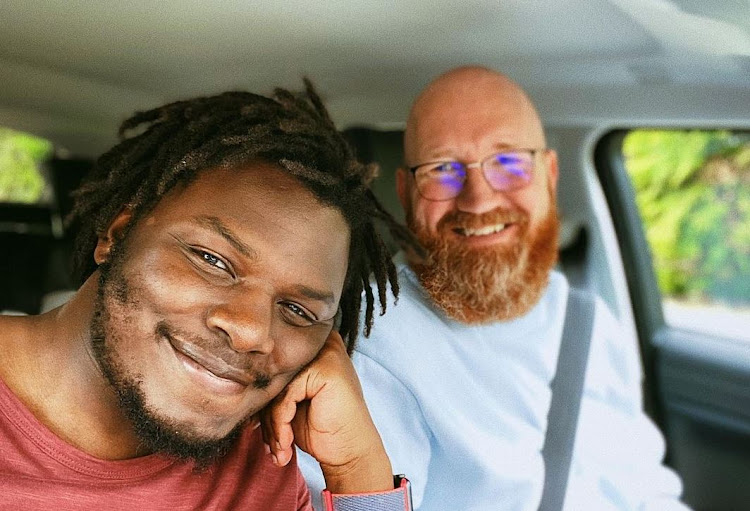 Miami shared a photo of his mzungu lover Patrick Miami with a moving message to celebrate his day.

"My favourite person in the world is celebrating his birthday today - on a beautiful island surrounded by the people who love him the most. And whether he believes it or not - He deserves this and so much more. I love you," he wrote on his Instagram page.

Miami introduced his bae to the public in 2020.

He revealed that he is now happily married to his male partner.

Miami announced he is now hitched for life with his male lover, whom he only identified as Patrick.

Miami and Patrick, who are both based in South Africa, where the former works as a filmmaker, recently tied the knot.

"I met and married someone just under a year ago. He’s got all the things, kindness, courage, honesty, but why all this is fine, that is not why I married him," Miami said.

"In fact, neither of us believed in marriage. We still don’t. But after months of us looking at options for what companionship would look like, especially seeing as travel isn’t exactly easy for us, we settled on going for it," he said.

How K24 owner, Rose Kimotho, lost ownership of her station

I was a hunted man on TV-Louis Otieno reveals

Kenya has witnessed many unsolved murders in it's short history
Crime
3 months ago
WATCH: For the latest videos on entertainment stories

I was a hunted man on TV-Louis Otieno