Diamond is in Kenya to perform at Azimio La Umoja rally

• Diamond Platnumz is currently in Kenya with his daughter Tiffah Dangote to perform at the Azimio rally.

• Fans said that Raila should have used that money to have local musicians come to perform. 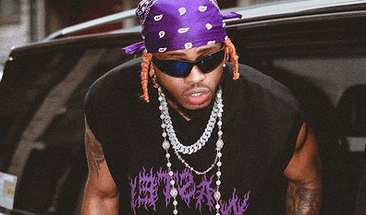 Kenyans have been divided after Azimio La Umoja flew Tanzanian singer Diamond Platnumz to Kenya to grace their political rally at Kasarani.

Diamond Platnumz arrived in Kenya a few hours accompanied by his daughter Tiffah for the performance.

According to social media fans who commented said that the party should have used that money to have local musicians come to perform.

Other artists who are performing at the Azimio La Umoja rally include Femi One and Milka Otieno.

Here are a few reactions from the fans on Facebook;

Chaki Gloria: Good. After that Kenyan band, Sauti Sol tried to sue Azimio for using their song, it only makes sense for Azimio to bring a Tanzanian artist to perform at their rally. Let me not hear any Kenyan artists complain about Kenyan artists not being considered. Go Azimio!

Mclin Tip: This will not make the stadium to be full Mr. Omollo.

Profesir Gachahi Wa Macharia: I hope not. Only Kenyan artists should perform in such a function. Even if they are all from luo nyanza, it's okay n better than having a foreigner shine in such a critical function.

Janette Aketch: We don't care we can be entertained by our Kenyan musicians and that's enough. Deep state projects have enough millions to pay Dee, instead of promoting our own.

Namoni Francis: Tell them to bring R kelly, Beyonce, Rihanna, Burning spear, Glen Washington n every other musician we don't give a damn n careless, we don't want singers, we are here to vote for uncle willy,tukutane kwa debe on 9th.

Metroboomin KE: Right now Kenyans aren't interested in any form of comedy, What we want is a true leader who ain't scared of debates.

Jean Ndambiri: Because we don’t have Kenyans artists ama?

Vickyy Vicky: Lol and Diamond is not cheap these same leaders are the ones promising Kenyans Heaven yet they can’t use that money to have local musicians come to perform???

Diamond used his private jet to travel in Kenya with his daughter Tiffah.
Entertainment
1 day ago

Diamond Platnumz promised to buy golden teeth for his daughter Tiffah at the end of August.
Entertainment
2 days ago

Tiffah turned 7 years old on august 4th. Princess Tiffah has 3million followers on Instagram and entertains her fans with videos dancing along to her ...
Entertainment
2 days ago
WATCH: For the latest videos on entertainment stories