Cebbie Koks Nyasego was nominated for an MCA post by Jubilee

• Cebbie's name was among those nominated by political parties ahead of polls. 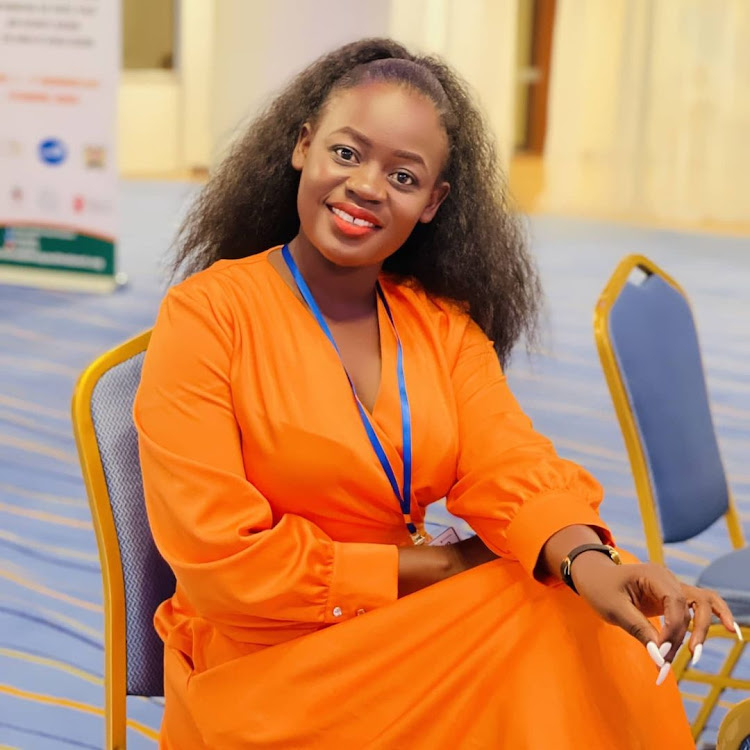 Cebbie Koks Nyasego is the sister to singer Akothee and is among Kenyans nominated by different political parties to occupy elective seats.

She was nominated by Jubilee for the Migori County Assembly MCA seat. The nomination drew criticism from a cross-section of Kenyans who felt she didn't deserve it. Six days ago, Cebbie got the great news and gushed about her achievement

"Something to cheer me up.Happy to make it to the list of Nominees for Gender Top Up. I count each and every blessing. Making it to the list is such a great one."

bellehtobie Congratulations jaber, wishing you all the best.

kabura_gathoni This is worth celebrating!

fayodero Congratulations dear ❤❤❤You deserve it.

But not everyone is pleased with her achievement, an issue that has caused Cebbie to speak out.

In her social media post, Cebbie titled her message; DEBUNKING THE FALLACIES OF WOMEN NOMINATION

"Most recently I have been nominated by the Jubilee Party, a founding member fo Azimio Coalition Party to serve as Member of the County Assembly of Migori for the period 2022 -2027."

"This call duty, in and of itself, whether confirmed or not, it’s a testimony of appreciation of talent and industry by political party luminaries,” Cebbie said.

“A lot has been said, mostly in the negative, about the nomination of young women leaders to positions of leadership. I have seen insinuations that such nominations are anything but merit driven.

Cebbie listed her qualifications that she claims merited her nomination to a political seat.

"As a leader and beneficiary of the gender top up framework, I have a residual obligation to debunk such fallacies. To begin with, it’s a constitutional imperative that each County Assembly shall comprise of not less than two-thirds of either gender,” Cebbie explained.

“At the very minimum, my subject of intellectual inquiry at Masters’ level disclosed ab genuine interest in Kenya’s democratization process. On this score alone, the interest in governance and politics is self-evident,”

“If I argue that my nomination is merit-based, it’s just that. The factual matrix flowing from my academic qualifications supports a merit-based claim for this nomination. You would have to be a fool to challenge that,” Cebbie noted.

In the last part of the message, Cebbie summarized it by saying that she had earned her flowers.

Cebbie's phone was stolen by the gunmen
Entertainment
3 months ago

'Nobody will hire you for insulting anyone,' Cebbie Koks advises

“Nobody will pay you for abusing people on Instagram, but if you publicize your profile according to your skills then most people will be interested ...
Lifestyle
9 months ago

Akothee's sister comforts Rue Baby after being shamed for being 'skinny'

"Dear daughter, even with the scientist explanation of beauty, you fit perfectly well."
Entertainment
1 year ago
WATCH: For the latest videos on entertainment stories