• Diamond had suggested that the reason he is not married is that he wants to keep doing good music.

• Tanasha said the society's perception about marriage today is not what she believes marriage should be. 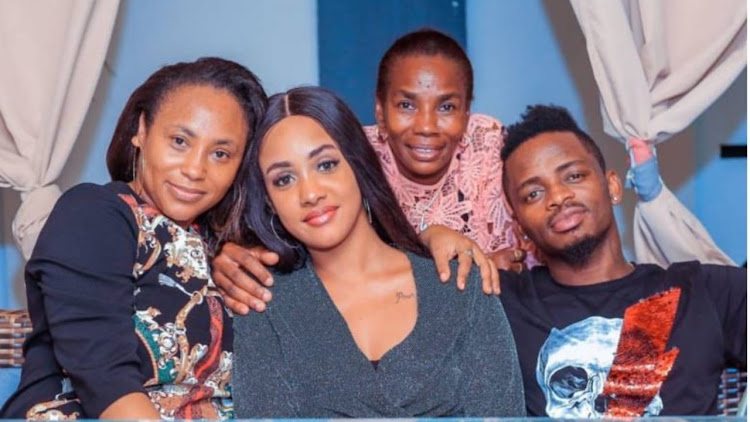 Esma Platnumz with Tanasha Donna, her mom Sandra and Diamond Platnumz in the past
Image: Instagram

In a past interview with DW Africa, Diamond suggested that the reason he is not married is that he wants to keep doing good music.

According to the father of six, married musicians no longer produce good music.

He said he would marry when he is about to retire from the music scene.

Speaking to Mpasho.co.ke, his baby mama Tanasha rubbished those claims.

The mother of one said that society's perception about marriage today is not what she believes marriage should be.

According to Tanasha, marriage depends on both couples and the interest they have in it..

Tanasha said couples can achieve their dreams while still in the institution of marriage.

"First of all marriage is not for both of you but it is for God.

I believe you can be married and both fulfill your dreams. I don't see anything wrong with that.

I don't think everything changes when you are married and you can't fulfill your dreams anymore since you have to focus on managing the home and whatnot. It depends on the couple," she said.

Tanasha added that it depends on the relationship you have with your other person.

Tanasha also praised her baby daddy for agreeing to be in her son's life.

She said he had made co-parenting workable for both of them and their son.

"If you two are cordial about it and mutual, she said.

Tanasha also opened up about keeping a small circle of friends which she said helps her fulfil her purpose.

"I don't have a big circle of friends but those I hang around with have to be people willing to fulfill their purpose."

Watch: Why Tanasha wants her son to be a footballer

Tanasha said most powerful artistes who have money manipulate people.
Exclusives
2 weeks ago

Tanasha said her son is aware that his dad is a superstar.
Exclusives
2 weeks ago

Not a deadeat! Tanasha praises Diamond for being a good dad

Tanasha and Diamond are working things out for the purpose of their son
Entertainment
3 weeks ago
WATCH: For the latest videos on entertainment stories

Harmonize-Kajala the most beautiful woman ever

Zari declares she is happily married