• Njoroge met his wife back in high school, they moved in together immediately after high school after he made her pregnant. They have been married for over 27 years. 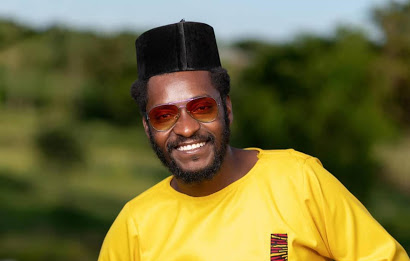 Actor Ken Gichoya alias Njoro has dropped a bombshell claiming that he has a child with a secret second wife.

In his social media reveal, he stated, "My son, from church, with love second wife!!!! Here in rimuru (sic) my second home!! Pliz be true."

The comedian continued, "Today is a happy day, we have just come from the church with my fourth born, and this is not with my wife, (he laughs), it is with my second wife, this one is mine, he is called Njoro wa Gichoya, this is my fourth born."

Njoroge met his wife back in high school, they moved in together immediately after high school after he made her pregnant. They have been married for over 27 years.

Watch the introduction below.

Speaking during an interview with Ala C, Njoro shared,

"Most times when people get married they like about who they are. Once you get married you learn from each other and learn to forgive each other.

When you understand her you love her for who she is. In those 27 years, I have seen a lot of things. Our firstborn works in Thika, Our second born is in campus and our last born still lives with us.

Always try and apologize because postponing doesn't mean you won't say it. Postponing also gives the devil a chance."

His advice to people who are newly married, or who have found themselves pregnant when not ready.

"Responsibilities are very important, it helps you reason when faced with issues. Don't run away from the responsibilities God will provide. There is never a right or wrong time to get married. You might rush and end up with the wrong person."

Actor Njoro has revealed the reason he does not post his wife on social media.

Speaking to 'Kamuhunjia show, Njoro said his wife does not like being in the public eye.

"Yes, I am a family man but I have chosen to respect what my family wants."

Njoro said he is a father of three children and his daughter also shies away from the social media limelight.

"I don't share a lot about my family so it doesn't affect my job, coz some of them don't like the publicity, my wife doesn't like it and my daughter.

He continued, "My son maybe but he is still naive, at some point, it is good to keep them away. My business is entertainment but I have other businesses here and there."

How Papa Shirandula's friends are paying fees for his daughter

Njoro and his partners pay the fees directly to the school.
Entertainment
6 months ago

How Papa Sjirandula actor Njoro has sustained his 27-year marriage

"Our firstborn works in Thika, Our second born is in Campus and our last born still lives with us." - Njoroge
Entertainment
3 months ago

"I once fought with Papa Shirandula until he bled," Njoro reveals

Actor Ken Gichoya, who acted as Njoro in Papa Shirandula, has fondly recalled how his mum pushed him to invest adding that today he is a landlord.
Entertainment
6 months ago
WATCH: For the latest videos on entertainment stories