• Jamal has shared an emotional post of him lip-synching to a song that talks about a woman who is angry with their man while apologizing to Amira.

• Jamal confessed that he could not be the best man for his wife but is willing to change for the better. 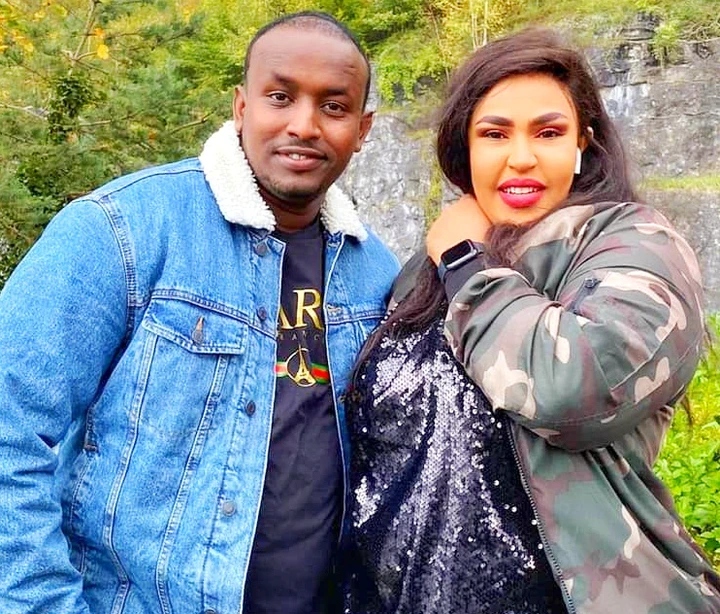 In his recent post on Instagram, Jamal confessed that he could not be the best man for his wife but is willing to change for the better.

"Maybe I am not the best person in your life, but one day you will hear my name and say damn! he is different and he changed," he wrote.

Jamal also shared an emotional post of him lip-synching to a song that talks about a woman who is angry with their man.

The lyrics of the song talks about a woman who has even deleted the man's phone numbers and does not want anything to do with him.

A week ago, Jamal pleaded with his estranged first wife Amira to take him back months after their separation.

The popular Matatu Association boss took to his Instagram page to publicly apologize to Amira expressing his regrets for the emotional harm he caused her.

Jamal said it was not easy for him to take the step but was willing to make up for his mistakes.

"Most of you, if not all, know what happened between me and my wife and how we came to the limelight; To say the least, it was chaos! It was messy! It was downright ugly! I may have seemed unbothered, but I was helpless," he wrote.

Jamal who has been showing signs of remorse added;

His wife Amira took to her Instagram page saying she had seen the apology after her fans tagged her but she is not yet accepted it.

According to Amira, the apology had put her back to one of the darkest places in her life since so much disrespect happened during that time.

"Since y'all been restless tagging me left right & center. Here is my response.

That apology has taken me back to one of the darkest places I have ever been in my life because I have reflected on so much that happened in public and behind closed doors and it has triggered a lot of emotions," she wrote.

Amira then said she was going to seek grace from Allah as some wounds are still fresh just that she has learnt how to live with them.

"It's heavy, can't comprehend right now but I ask Allah to give me grace. Some wounds just don't heal, you have to learn how to live with them."

Amber Ray speaks after Jimal begged to get back with Amira

Amira had been away in Tanzania when Jimal made his lengthy apology
Entertainment
3 weeks ago
WATCH: For the latest videos on entertainment stories