Why I am no longer married to Isihaka - Queen Darleen

• Queen Darlene has confirmed she has split from her husband Isihaka Mtoro barely three years since the two got married.

• Despite it all, Darleen says she loves her husband to death but what she thinks that she is with him in a co-parenting set up. 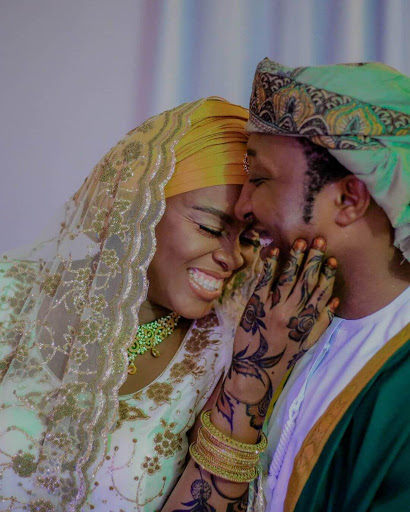 Queen Darlene has confirmed she has split from her husband Isihaka Mtoro barely three years since the two got married.

Speaking to Wasafi media, Queen Darleen left many in confusion when she said she was no longer in a marriage with her husband but was quick to state that the two haven't called it quits.

"According to my conscious, I would say I am not in any marriage and I don't know about what he feels," Darleen said.

She says her husband is there and he is taking care of their child but the man will clarify the rest and let the world know whether he is in a marriage with her or not.

Despite it all, Darleen says she loves her husband to death but what she thinks that she is with him in a co-parenting set up.

She added that marriages are a blessing and she was lucky enough to experience it.

Speaking about the issue of being a co-wife, Darlene said she'd rather have a co-wife who's publicly known than a secret one.

However, she clarified that contrary to rumors she has neither met nor had any issues with her co-wife.

"First of all erase the notion that there was drama between I and my co-wife. First of all I am alone in the marriage with my ex-husband. Because I never met this person that I am alleged to have had issues with, she used to see me on social media but I never saw her." She said.

She says her co-wife and her lived their own lives with the man they both loved. My man had another person but I never had someone else but we never broke up.

Speaking on her upcoming projects, Darleen who has been out of the game for a while, has been trying to have conversations with her brother, Diamond Platnumz who's her boss in regards to that.

"Honestly it hurts me because everything is set and I don't understand what's causing the delays but for me I think I'll have to ask my big boss Diamond about it."

She says Diamond has been busy touring the world and had promised to sit down with her but never found time.

Darleen's confession sheds light on the Dangote family and leaves you asking, is there a marriage curse in the family given no one has ever had a successful union?

Just the other day Diamond Platnumz confessed to not looking to settle down anytime soon until when he will be ready to retire.

“That’s what I’ve seen from all of my friends, that’s what I’ve realized, and that’s why I want to continue giving them music, the time I’m about to retire, I will get married,” Diamond said.

Simba's sister Esma Platnumz marriage also came crumbling down and has since blamed the pandemic for it.

(It was corona time and I was stressed, when he came, I thought I won a jackpot. I don’t want to make wrong decisions that I had made before.)

Esma said right now she’s very careful with the men she gets into a relationship with adding that she still yearns to get married.

"Mimi ni mwanamke nahitaji kuolewa, nahitaji heshima yangu. Kidini, ndoa ni lazima.” (I am a woman who needs to get married, I need my respect back. Religiously, its a must for me to get married)

Diamond's mother, Mama Dangote was recently in a relationship with Uncle Shamte but the two have since been low key and there are reports that they may have gone separate ways.

Mama Dangote threw an invites only birthday party which was attended by her family and very close friends.
Entertainment
4 months ago

Queen Darleen says people were shocked when she got married and bore kids.
Entertainment
5 months ago