• Queen Darleen has been rumoured to be a lesbian since she joined the Tanzanian entertainment industry.

• She is currently rumoured to be dating her friend Shuu. 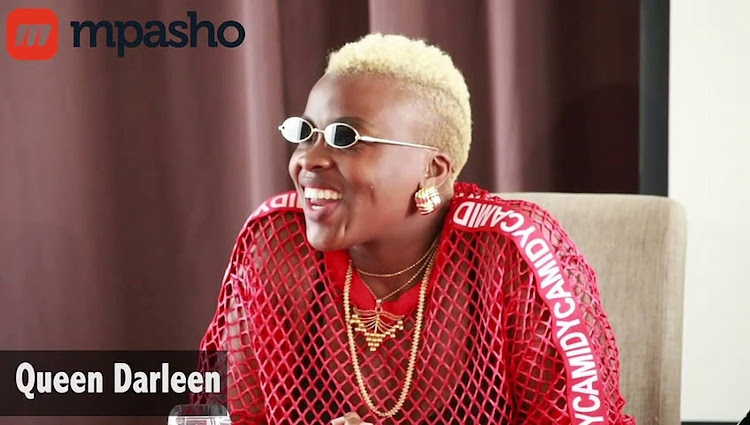 Diamond Platnumz's sister  Mwanahawa Abdul - has denied rumours that she is bisexual.

Known by many as Queen Darleen, the artiste says people have always speculated about her sexual orientation thanks to her tomboyish looks.

The Kijuso hitmaker was responding to claims that were made by a Tanzanian-American-based blogger, Mange Kimambi that Darleen has been dating her female friend Shuu.

"She (Shuu) got shocked after she was given a call being informed about the rumours," said Darleen.

Darleen says she was not shocked as tabloids had assumed she was bisexual since she got into the music industry.

"I cannot get shocked. Not yesterday, not today, and not tomorrow that people have called me jike dume (tomboy). People have always told me I also look like my father and not my mother."

"Since I was young, people have always been saying that because of my style, my clothes."

Darleen's friends and family were shocked that she got kids and was even married;

"People had never seen me with a man even though they knew I had a kid so when I got married and got a second child is when people got shocked."

She concluded saying, "You can never hinder people from speaking."

Darleen is signed by her half-brother Diamond Platnumz under his record label WCB.

Early this year, Darleen hinted that she had been dumped by her husband Isihaka Mtoro.

Queen was married as the second wife to the Tanzanian business tycoon.

"I'm not ready to speak about it. And if I have been dumped then my life continues. There's nothing that hurts me, marriage is not a shame and being left is also not a shame. If you are tired of being where you are, then make a decision, not let people dictate your life."

"I said I will never again post anyone that I'm in a relationship with."

She added that whether in marriage or not, she is going to still give birth to children.

"I will give birth, because, I can give birth. I have to take care of my child."

'Cross-dressing is what feeds me,' Tit Toker Kelvin Kinuthia
Entertainment
1 month ago

LGBTQ terminology you should know

Here is a glossary of terms you need to know about the LGBTQ.
Politics
1 month ago
WATCH: For the latest videos on entertainment stories