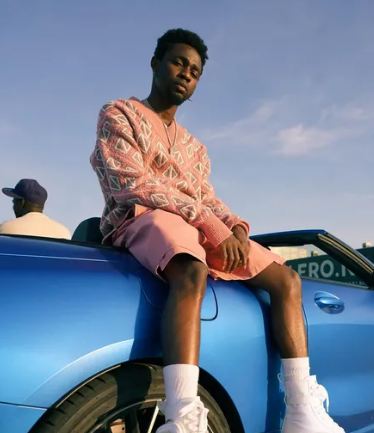 Nigerian musical genius, Omah Lay has addressed his fans in an emotional letter.

In the letter, Omah Lay says he is grateful that he has finally found his way back into music saying he had spent a whole year 'battling personal demons.' He didn't delve much into it and said he hopes he shares about that someday.

"I'm thankful. I'm thankful for finding my way back to music after a whole year dealing with personal demons...Maybe I'll share more on that when I'm ready," the statement read in part.

He added, "I'm thankful for the blessings and experiences that've shaped my music since my debut. Expectations of what, who, and how I should be meant no room for the real me, but I'm growing and rediscovering myself. Being the best me is a must."

He also expressed his gratitude towards his fans and thanked them for being patient with him, saying his upcoming album will be a reflection of his 'artistry, struggles, blessings, and his journey so far.

His emotional letter comes just soon after he announced the dates and cities for his ‘Boy Alone’ tour in North America.

The 'Godly' singer's love for Kenya goes unsaid given the number of times he has performed in the country.

He fell in love with Kenyans even before his first visit in 2021.

"The love so far has been amazing and I am happy to be here. I wanted to come to Kenya because I get so much love here. I have a lot of fans.

I want to connect with my fans, it's not just about the money or publicity. I know I have so many fans in Kenya, I will do whatever to connect with them," said Omah Lay.

Tanasha was dating Diamond Platnumz before they broke up 2 years ago.
Entertainment
6 months ago

Davido is however not the only West African star set to thrill Kenyans with Rema, also another Nigerian artist set to perform at the Mwanaume ni ...
Entertainment
7 months ago

Some of these celebrities are dating , but they are not officially married.
Entertainment
9 months ago

Tanasha Donna's son sings to her during Dubai birthday celebration