•Spectators have been warned to be cautious

•President Uhuru to flag off Thursday rally at lunchtime 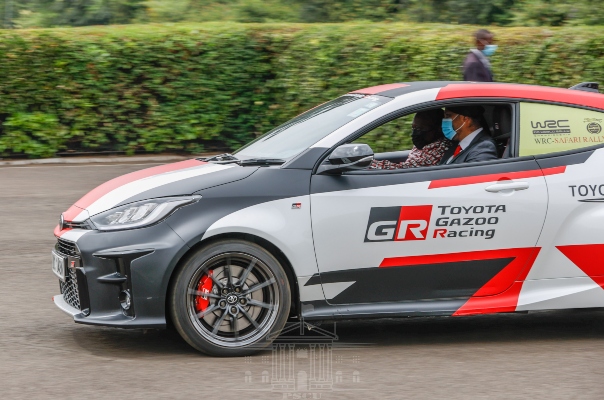 All roads lead to Vasha from Thursday June 23, as KOT head to the beautiful Rift Valley to witness this years WRC Safari Rally.

If you hear a Nairobian say twende Vasha then you  know memorable things are set to go down.

Lots of vices go down, and good stuff too. But the partying was the most legendary and memorable for Kenyans.

The hype surrounding the event even got to us who didn't make it to Vasha. We felt such major FOMO.

One of the most memorable things to happen, and not good was the traffic. The Safari party mood began on  the first day during the twin-track Super Special Stage at the 4.8km Kasarani Stadium spectator stage. And as Kenyans do when there is a gridlock, we get out of our cars and party.

For the first time ever, the hospitality sector in Naivasha recorded a sellout with all hotels fully booked.

Those who couldn't find accommodation parked on the roadside and did that thing KOT do, party all night long.

Another memorable aspect of the Rally was the Subaru boys. They are notorious for carrying away peoples women and perhaps this time round, things won't be different.

I guess we all forgot the Head of States warning that we should behave ourselves.

President Uhuru while announcing the return of the rally, advised KOT that it had taken the country years of negotiations and preparations to bring back the WRC event after a 19 year absence.

The last memorable event last year was the sh10million after party at Hells Gate thrown by the organizers after the awarding ceremony at the Kenya Wildlife Training Institute in Naivasha.

"I define myself, so I make thought-provoking music..." - Tarrus Riley
Entertainment
2 weeks ago

Kenya among 100 cities P Square set to perform in
Entertainment
1 week ago
WATCH: For the latest videos on entertainment stories